March 22, 2019 - Gaza, 22th March 2019. A number of Palestinian demonstrators are injured in clashes with the Israeli army in the Malika district on the east of Gaza City during this Friday 51st Great March of Return rally. Thousands of demonstrators had gathered at several points on the Gaza-Israeli borders with some hurling rocks and burning tires, and with Israeli troops firing live ammunition, rubber-coated steel bullets, and tear gas at protesters. According to the Gaza Health Ministry, 30 Palestinians were shot and injured by Israeli live fire, while dozens of others suffered from tear-gas inhalation. The Israeli military stated that troops had responded with â€œriot dispersal meansâ€ and fired in accordance to standard operating procedures. ''The Great March of Return'' protests began on March 30th last year with thousands of Gazans demonstrating at least weekly in an attempt to break the ongoing Israeli siege on Gaza and to demand the right of Palestinian refugees to return to their original homeland, now in present-day Israel. Since the protests started, 260 Palestinians have been killed and 29,000 others wounded by the Israeli army (Credit Image: © Ahmad Hasaballah/IMAGESLIVE via ZUMA Wire) 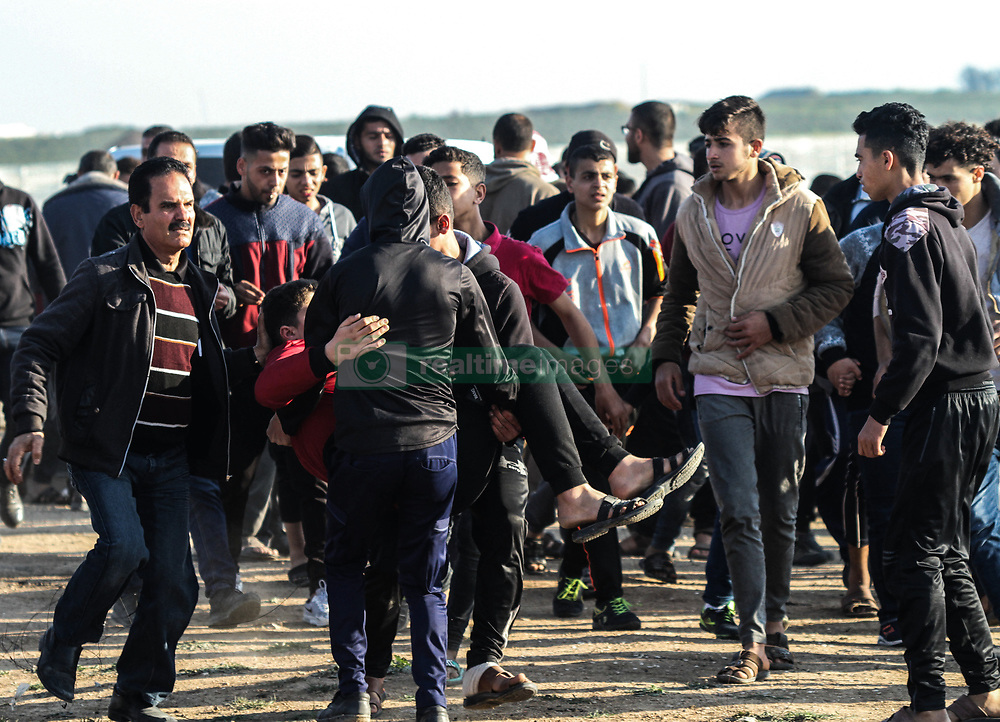