Story of the Week : Launched Wednesday May 1, 2019 on www.zReportage.com Story #701: AGORAPHOBIC Buster. Some people stop going into situations because of a fear of being overwhelmed by anxiety and not being able to escape or get help. Buster Burns, a former drag queen, has 8 personalities and has not left his house for the past 9 years. Buster suffers from agoraphobia. 'Facebook is my whole life,' he stated of the social media platform, which allows him to interact with others without leaving the security of his home. Those who suffer from this debilitating disorder typically avoid places where they feel immediate escape might be difficult, such as shopping malls, public transportation, and open places. Agoraphobia is particularly common in people with panic disorders. Their world may become smaller as they are constantly on guard, waiting for the next panic attack. Buster Burns lives in Little Rock, Arkansas and used to be as extroverted as they come, once a successful drag queen, he would walk the stage as Ophelia every week in a crowded club. After the sudden death of a friend in 2000, Buster started slowly to retreat from public life. Today Buster spends his days with a supportive Facebook community, chatting for up to 10 hours a day. His sister visits him once a week to bring groceries and anything he might need from the outside world. Agoraphobia currently affects over 200,000 people in the United States. This debilitating condition is chronic, and those affected are often unable to leave their house because they need to avoid people and places that cause anxiety. (Credit Image: ? David Tesinsky/ZUMA Wire) 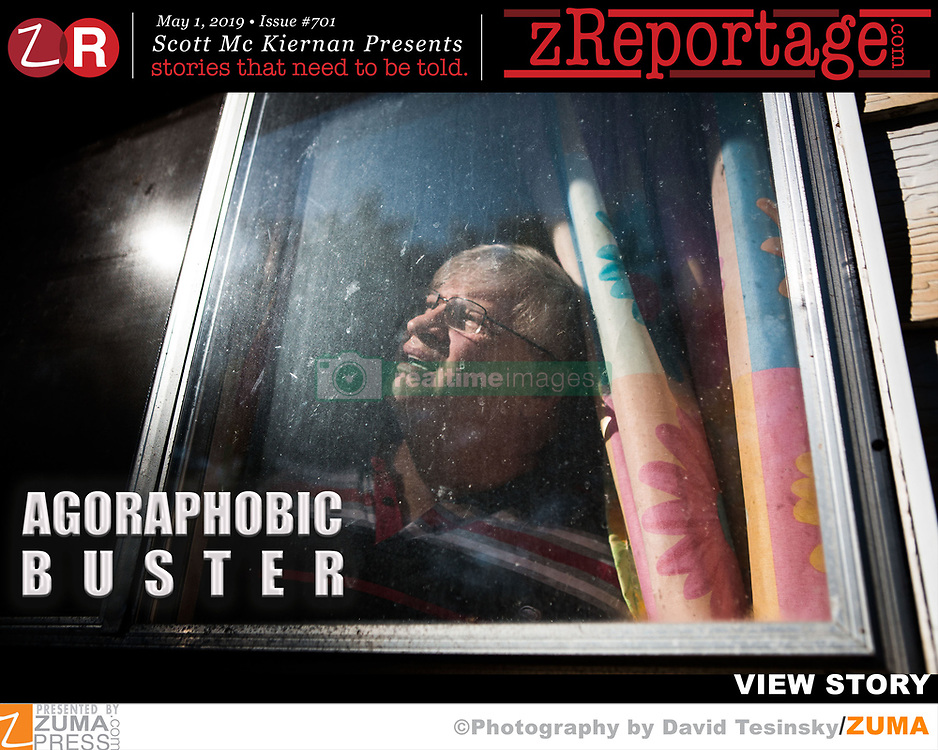