Cristiano Ronaldo strips down to his smalls in a new photoshoot showcasing his latest underwear line. The 33-year-old Real Madrid star cuts a dash in some choice selections from his vibrant CR7 Spring/ Summer 2018 underwear collection. Looking tanned and sculpted, the football star flexed his muscles in a bold at-home shoot, giving fans a glimpse behind closed doors. Talking about the shoot, Ronaldo explained: “Underwear is incredibly intimate and I wanted to showcase this collection in the environment that is most intimate for me - so shooting at home felt like the natural choice. “I love the campaign that we created, I was able to really relax on the shoot and I think you can see that in the photos.” Ronaldo’s CR7 Underwear brand launched in 2014 and this marks the sportsman’s ninth collection. The underwear is produced by a 75-year-old Danish company called JBS Textile Group. Commenting on the new designs, Ronaldo added: “I choose different CR7 Underwear styles depending on how I feel each morning, so with each collection I like to design contrasting patterns and colorways to make sure there’s an option for any occasion. “The Spring/Summer 18 CR7 Underwear range includes timeless white silhouettes for a classic look and bold blue and even pinks for when you want to be more adventurous. I love the styles with touches of vibrant colour. To me, that is luxury!” The Spring/Summer 2018 CR7 Underwear collection is available now from www.CR7Underwear.com and select retailers worldwide. 12 Mar 2018 Pictured: Cristiano Ronaldo poses for his Spring/ Summer 2018 CR7 Underwear campaign in an at-home photoshoot. Photo credit: CR7 Underwear/ MEGA TheMegaAgency.com +1 888 505 6342 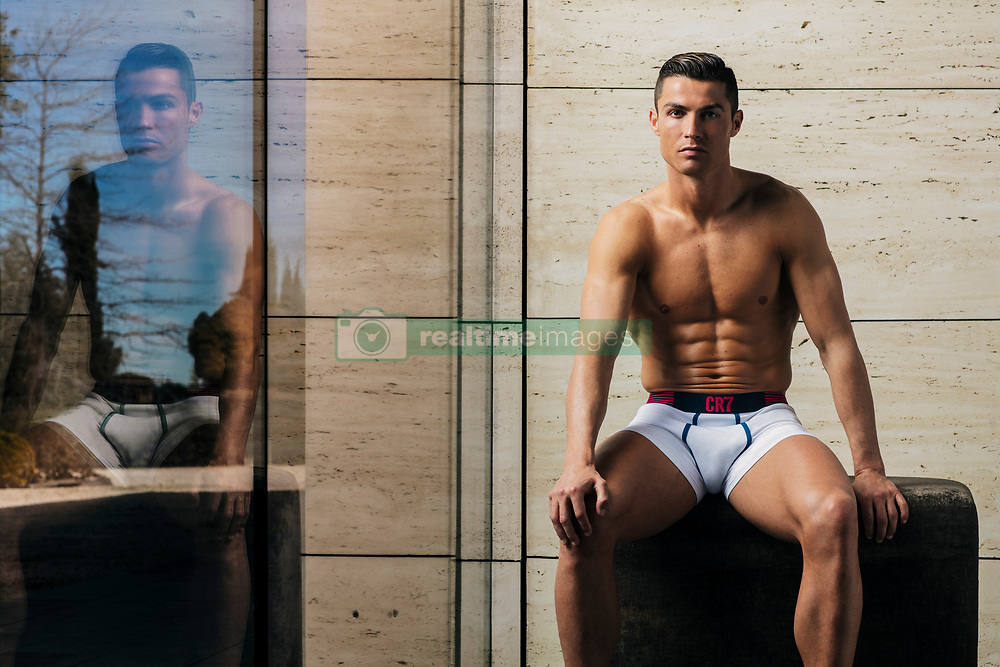