September 7, 2017 - Atlantic Ocean - Hurricane Irma is an extremely powerful tropical cyclone affecting the Leeward Islands and Puerto Rico, and threatening Cuba and the Southeastern United States. It is the strongest Atlantic hurricane since Wilma of 2005 in terms of maximum sustained winds, the most intense in terms of pressure since Dean in 2007, and the first of such intensity to make landfall anywhere in the Atlantic since Felix in 2007. Irma is also the first Category 5 hurricane to affect the northern Leeward Islands on record. (Credit Image: © NASA/via ZUMA Wire/ZUMAPRESS.com) 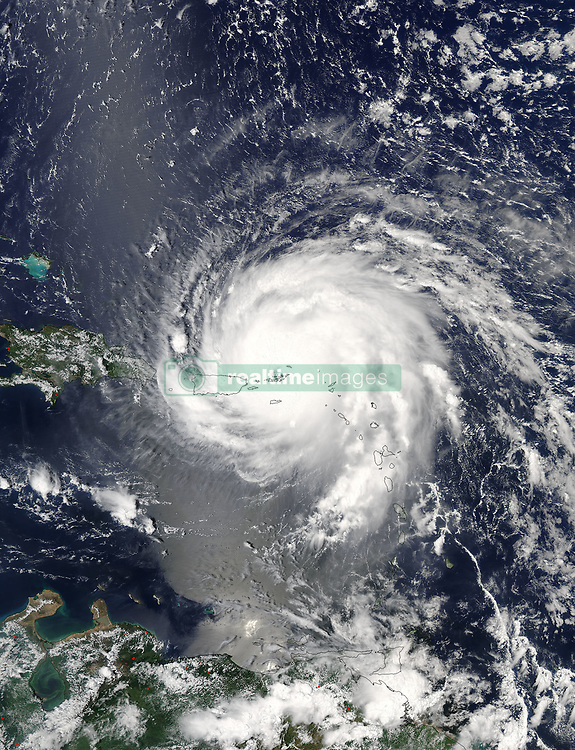