April 4, 2017 - Khan Sheikhoun, Syria - A young boy lying on the ground, hurt by what rescue workers described as a suspected gas attack (most likely sarin never gas), in rebel-held Idlib, Syria. Idlib is a city in northwestern Syria, capital of the Idlib Governorate, near Turkey and 59 kilometers south west of Aleppo. It has an elevation of nearly 500 meters above sea level, population around 165,000. The inhabitants are overwhelmingly Sunni Muslims, although there is a significant Christian minority. (Credit Image: © Edlib Media Center via ZUMA Wire) 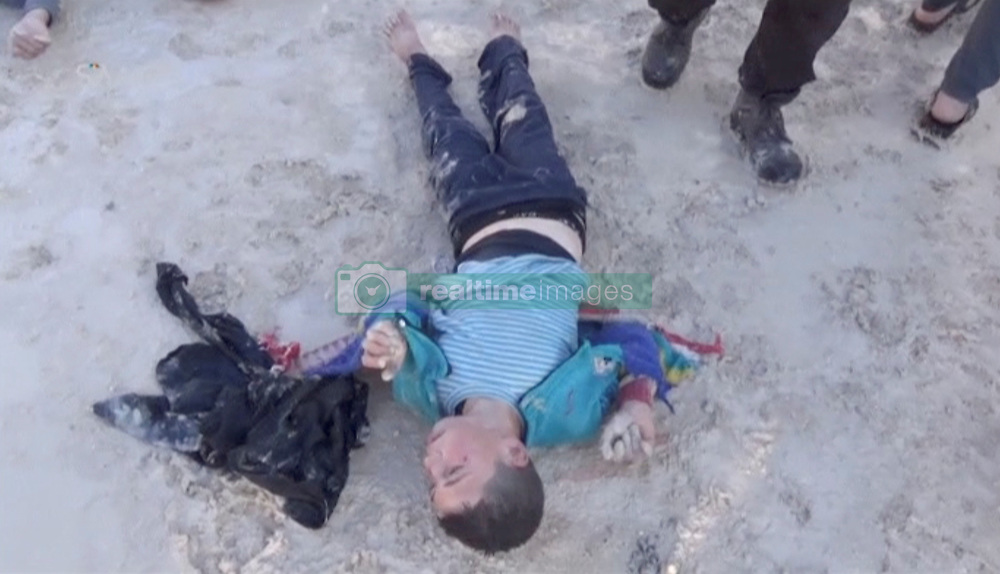