September 15, 2016 - Paris, France - Today tens of thousands of people took to the streets of Paris to protest the controversial new labor law in France. The police speaks of 13,500 people attending whilst the unions talk about up to 50.000..The demonstration turned violent on several occasions, when protesters attacked the police with stones and Molotov-cocktails and the police shot teargas and used pepper spray..Several people where arrested. (Credit Image: © Willi Effenberger/Pacific Press via ZUMA Wire) 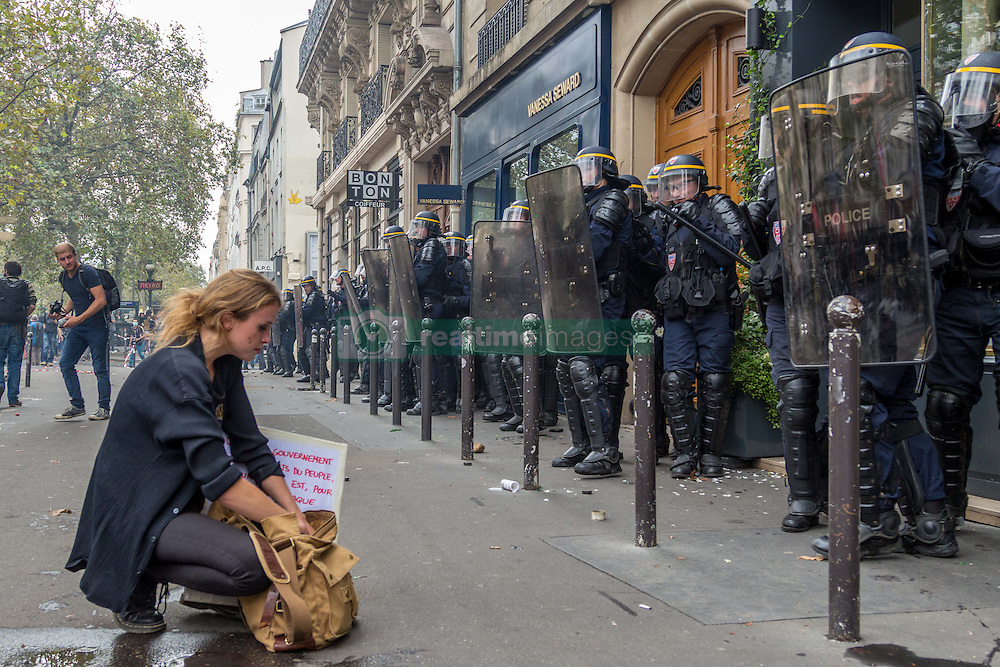