June 1, 2017 - Amsterdam, Netherland - People take part at opening ceremoy 'Keti Koti' of On June 1st 2017 in Amsterdam, Netherland. 1 July 1863 marked freedom for the Surinamese from slavery. Nowhere is that more celebrated than in Amsterdam, home to a thriving Surinamese community and host to the Keti Koti Festival. Keti Koti, meaning 'Broken Chains' in Surinamese, is a free celebration of liberty, equality and solidarity. Ket Koti traditionally is opening with a memorial procession called Memre Waka, around the canal houses of Amsterdam which have a slavery history. The tour ends with word ancestor worship, and the proclamation of the Keti Koti-month at the plaque for ambstwoning (official residence) of the Mayor of Amsterdam on the Herengracht 502 street. (Credit Image: © Romy Arroyo Fernandez/NurPhoto via ZUMA Press) 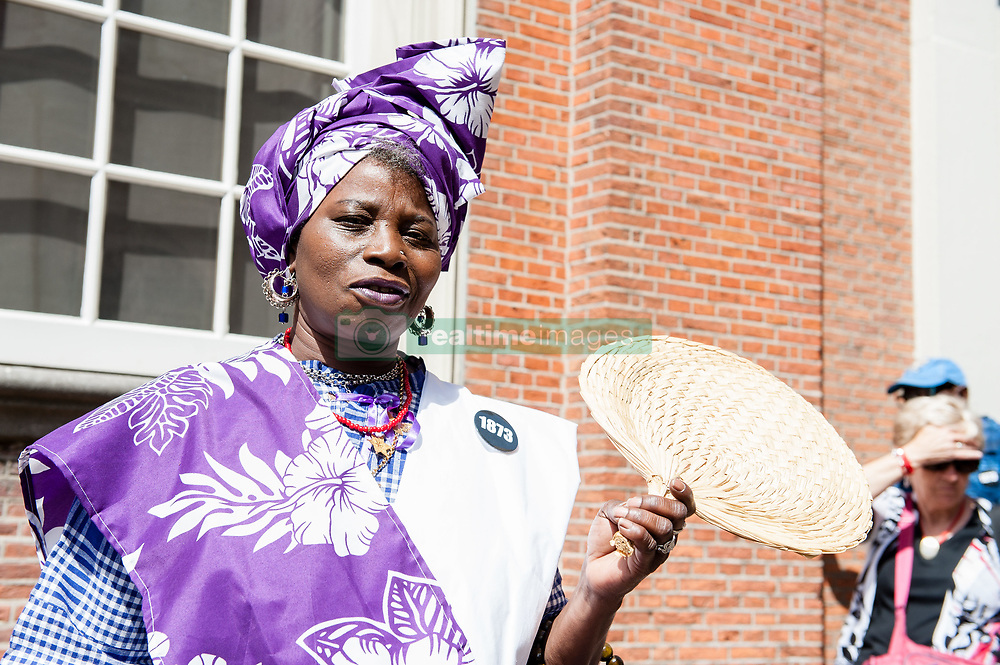