May 2, 2019 - London, England, United Kingdom - Supporters of Julian Assange gather outside Westminster Magistrates Court where the hearing on the US extradition request of the WikiLeaks founder over conspiracy with Chelsea Manning in obtaining and publishing the Iraq War Logs is due to take place on 02 May, 2019 in London, England. Yesterday, Julian Assange was sentenced by Southwark Crown Court to 50 weeks in prison for breaching bail conditions whilst seeking and obtaining political asylum at the Ecuadorian Embassy in London. (Credit Image: © Wiktor Szymanowicz/NurPhoto via ZUMA Press) 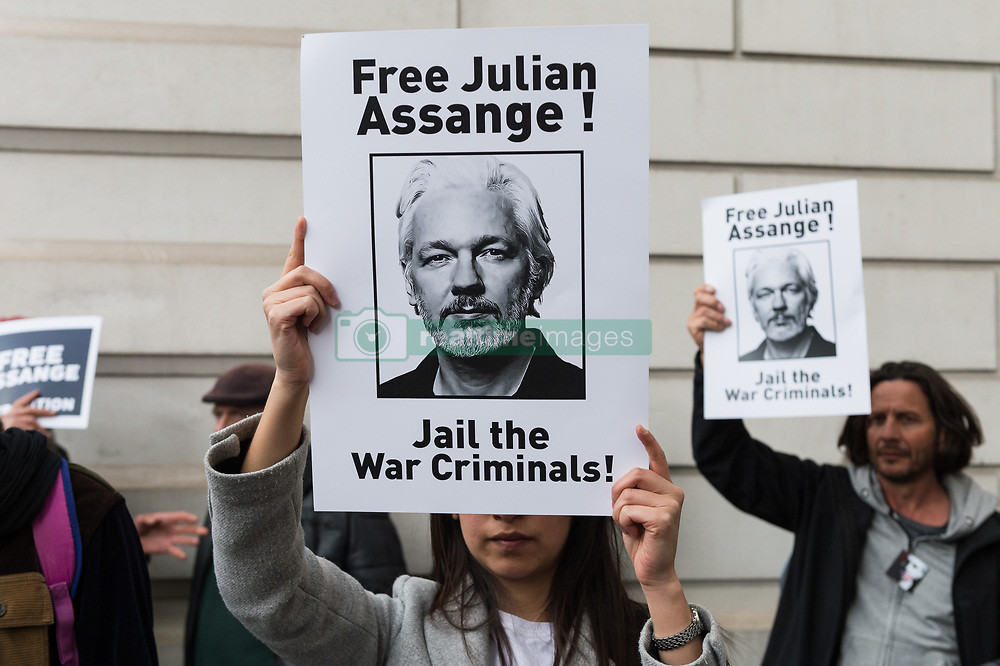