Oscar-winning actress Brie Larson stuns in a photo shoot for InStyle magazine. The American movie star, who is Marvel's first ever female lead, is set to appear on the front cover of the March edition of InStyle magazine. During the eccentric shoot, the 29-year-old stunner posed in a pink Miu Miu gown alongside a flock of flamingos on a tennis court. She also appeared on the cover of the magazine with a parrot on her shoulder while wearing a Carolina Herrera dress and an Oscar de la Renta belt. The March edition is due to hit newsstands on February 15 while Captain Marvel is due to hit the big screen on March 8. ***Please note must credit photographer Pamela Hanson and must link back to InStyle.com***. 05 Feb 2019 Pictured: Brie Larson for InStyle magazine. Photo credit: Pamela Hanson / MEGA TheMegaAgency.com +1 888 505 6342 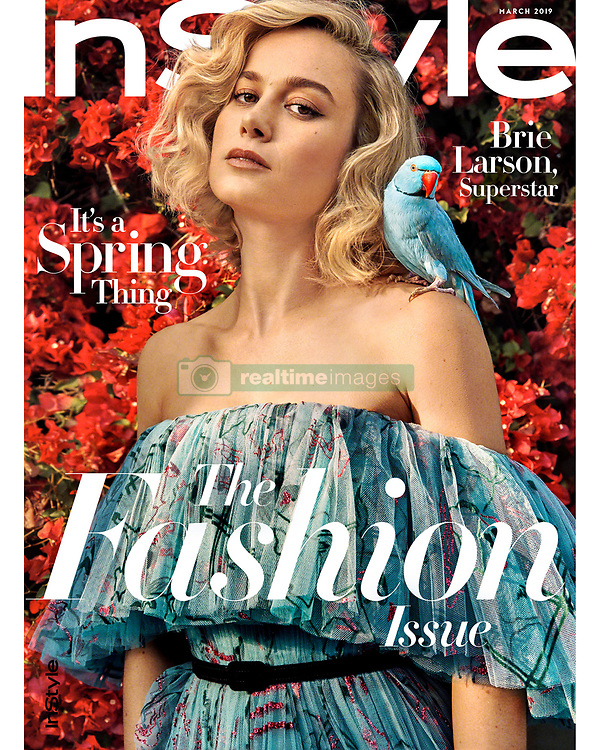