July 17, 2017 - Mosul, Iraq - An Iraqi Army soldier DRED SUBHI carries a little girl from the front line to a Trauma Stabilization Point with Iraqi Army medics on July 17, 2017 amid ruins of the Old City. She found by soldiers when they saw her walking naked in the rubble. She was believed to be a foreigner, her parents most likely ISIS fighters killed in the battle or by suicide bomb, it was difficult for medics to determine exactly. She was given medical care and water. The soldiers said they saw other children but couldn't reach them as it was too dangerous with ISIS fighters nearby. The battle continued in a small part of West Mosul even though it was declared liberated a week ago. Injuries from suicide bombers, grenades and snipers occurred as ISIS fighters use tunnels to continue the fierce conflict. (Credit Image: © Carol Guzy via ZUMA Wire) 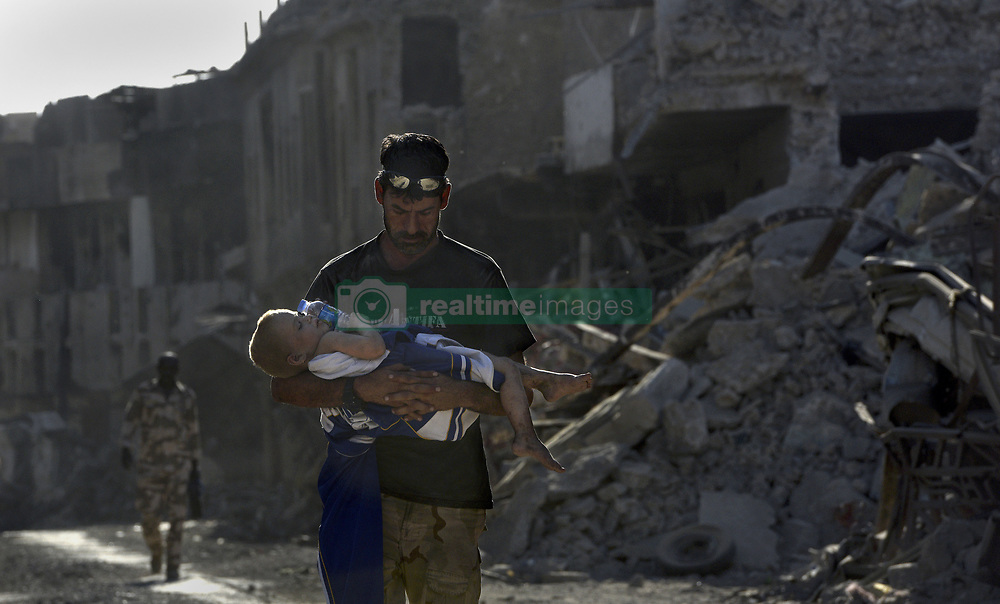