Ukrainians mark the 5th anniversary of the Euromaidan Revolution

November 21, 2018 - Kiev, Ukraine - Ukrainians lay flowers at the memorial for the killed EuroMaidan activists during marking the 5th anniversary of the Euromaidan Revolution in Kiev, Ukraine, on 21 November 2018. Euromaidan Revolution or Revolution of Dignity was a wave of demonstrations and civil unrest in Ukraine, which began on the night of 21 November 2013 with public protests at Independence Square in Kiev, demanding European integration.The protests led to the 2013-2014 Ukrainian revolution and the ouster of President Viktor Yanukovych. (Credit Image: © Serg Glovny/ZUMA Wire) 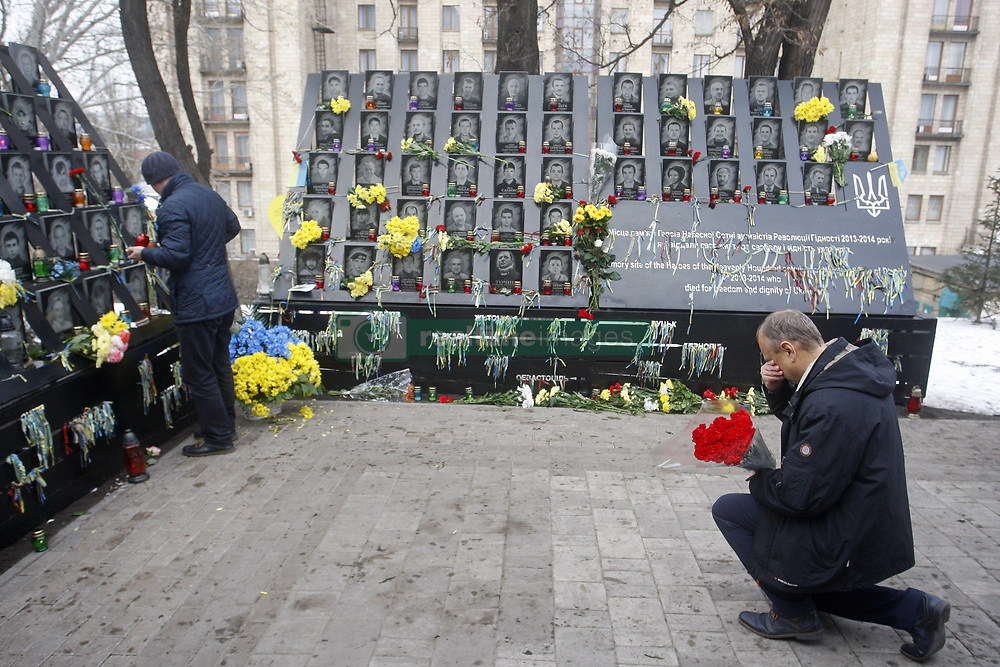