May 24, 2019 - Medan - North Sumatera, Indonesia - The masses who acted in the name of the National Sovereignty Movement (GNKR) again held a demonstration related to the results of the 2019 Presidential Election recapitulation. They considered the 2019 Election implementation to be fraudulent and far from democratic values..This time, the concentration of thousands of demonstrators was centered at the North Sumatra Regional Parliament (DPRD) Office on Friday (05/24/2019)..This action is a continuation of the previous demonstration at the Office of the General Election Commission (KPU) on Tuesday (5/21/2019). Then at the office of the North Sumatra Election Supervisory Agency (Bawaslu) on Wednesday (5/22/2019)..In addition to speeches and peaceful actions, the masses also held congregational prayers in front of the North Sumatra Regional Parliament (DPRD) building. (Credit Image: © Sabirin Manurung/Pacific Press via ZUMA Wire) 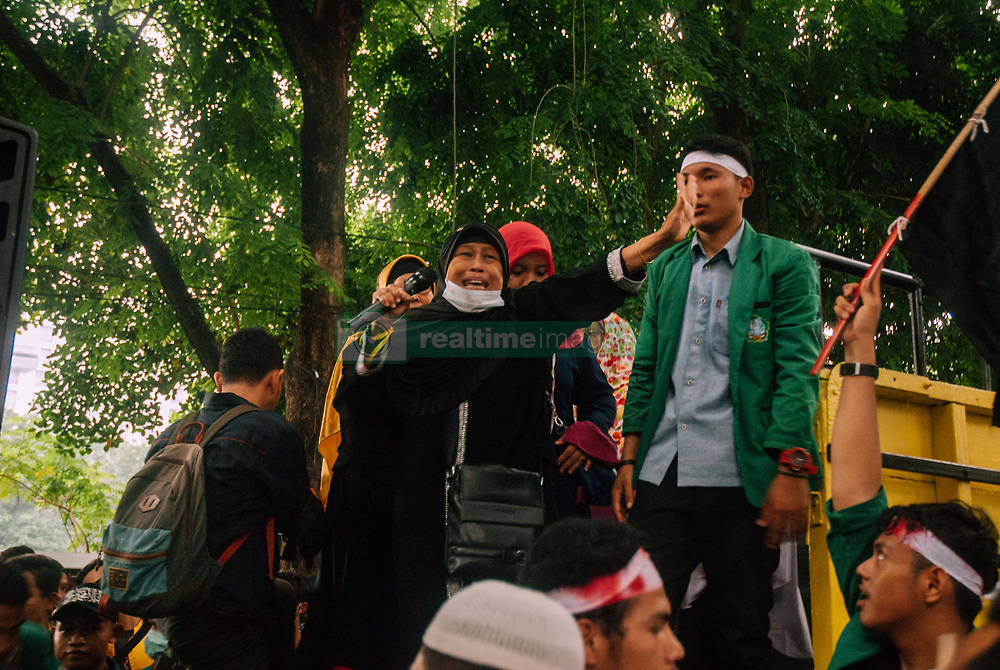