May 30, 2017 - Tokyo, Japon - Humans of the future could be multi-tasking â€“ using an extra pair of arms and hands.Researchers are developing the additional set of limbs which are controlled by movements in the feet and knees.MetaLimbs, or Multiple Arts Interaction Metamorphism, is a set of robotic arms fixed to a userâ€™s back,They reach around under their human arms and are controlled by sensors attached to the legs.Positional tracking balls on the knees and feet direct the arm movement.A sock device allows the movement of your toes to control the grasp of the robot hands.Haptic sensors on the robot hands generate force feedback to the feet. The arms are intended to be worn while sitting, but can be used while standing depending on the task . The team behind it are from the Inami Laboratory at the University of Tokyo in Japan.Uses could include complex and delicate tasks.One example shown is holding a circuit boards with two hands while a robot arm does some soldering.The team is presenting the device in Los Angeles at the SIGGRAPH2017 Conference on Computer Graphics and Interactive Techniques in July. # DEUXIEME PAIRE DE MAINS (Credit Image: © Visual via ZUMA Press) 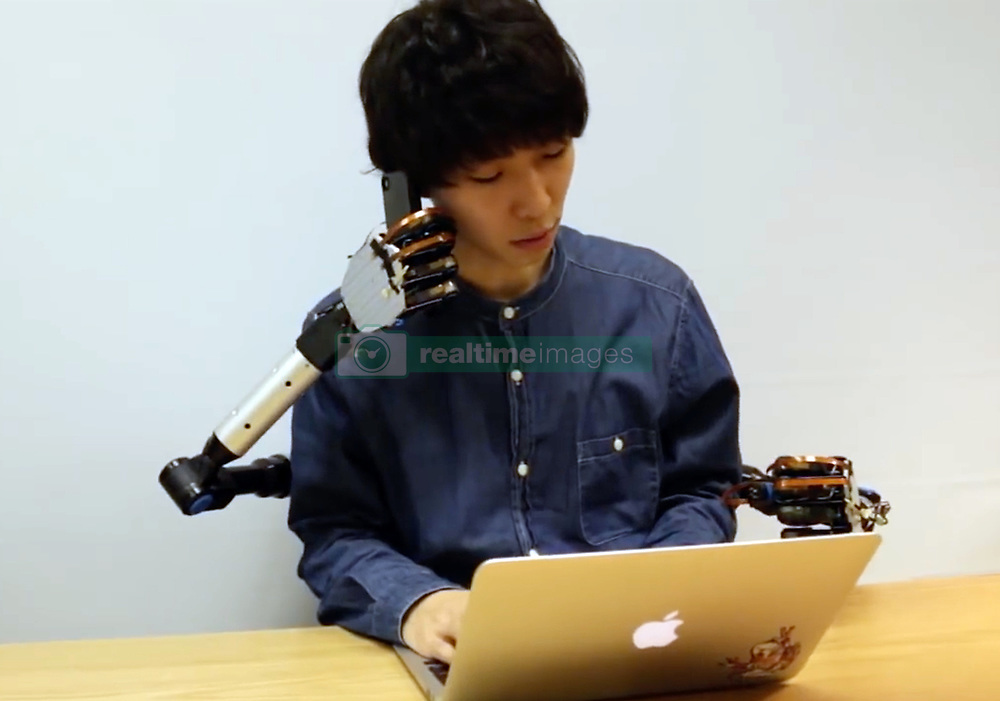