The world’s largest plastic waste pyramid has been revealed in Egypt ahead of COP27 in Sharm el-Sheik.

The unveiling marks the beginning of a movement called the 100YR CLEANUP - an initiative led by zero-waste company Zero Co and mission-led wine The Hidden Sea. It seeks to fund large-scale rubbish clean ups for the next 100 years and drive accountability for the single-use plastic problem.

Erected in Egypt’s Western Desert, just outside Cairo, the immense structure took five days to build, weighs a whopping 18 tonnes, is taller than a three-story building and is made using the equivalent of 1 million plastic water bottles and rubbish collected from the Nile River.

In a strike of collective action, consumers can sponsor the removal of “bundles of trash” while businesses can be part of the game-changing initiative by contributing funds towards the initiative.

Justin Moran, founder of The Hidden Sea, which is a wine company taking plastic out of the ocean every time a bottle is bought, said: “Despite its epic size, the pyramid shows just a fraction of what is an incredible crisis. Powered by wine drinkers, The Hidden Sea has removed 18 million plastic bottles from the ocean so far; this demonstrates that consumers simply need a clear way to be part of the solution. This COP27, our message is clear. It’s time to draw a line in the sand and change how we manage the crisis. Those who have the ability, have the responsibility.”

To personally mark the launch of 100YR CLEANUP, founder Mike Smith will camp out on top of pyramid for three days to call for support from people and businesses to join the movement.

100YR CLEANUP founder, Mike Smith, said: “We can’t fix the plastic problem alone, but we can give everyone the ability to take action. By working together with businesses, industry leaders and inviting the public to take direct action, we’ll be able to build a scalable solution to the problem and have a huge impact.” 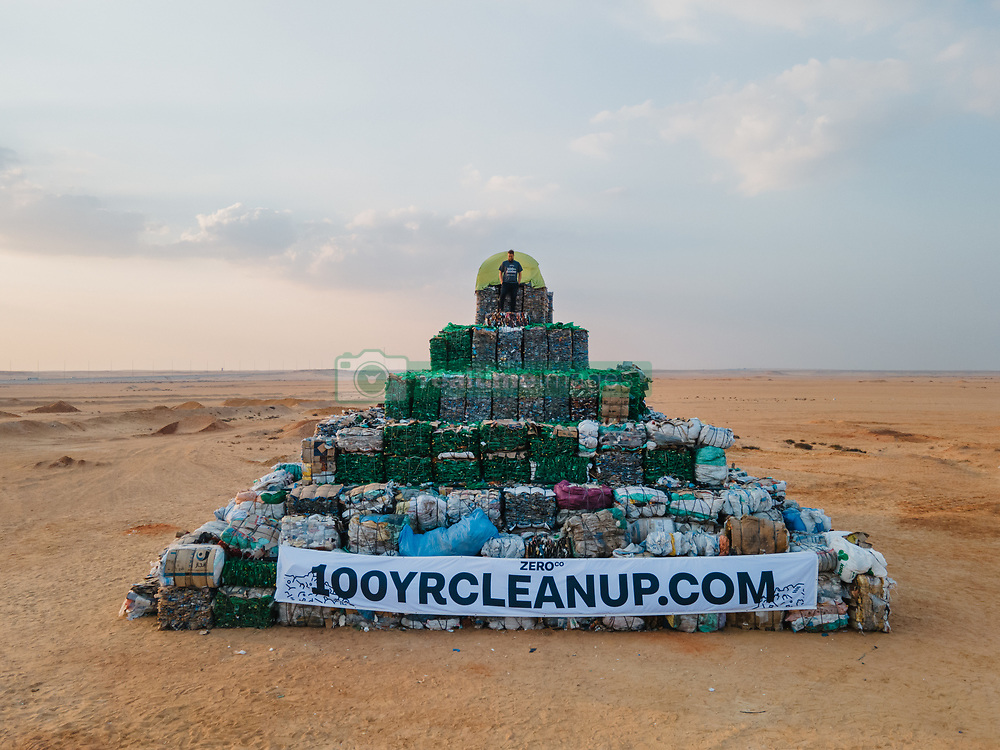