May 30, 2017 - Kiev, Ukraine - Ukrainian policemen stand in front of a photo of former governor of the Ukrainian Odessa region and former Georgian president MIKHEIL SAAKASHVILI (C) during a meeting and a rally of his party the ''The movement of new strengths'' in front of the Justice Ministry in Kiev, Ukraine, on 30 May 2017. Activists gathered to demand registration of MIKHEIL SAAKASHVILI political party ''The movement of new strengths'' and dismiss registration of the fake party with the same name reading like ''The block of Mikhail Saakashvili'', which was allegedly registered by Oleg Sushko, according to local media reports. (Credit Image: © Serg Glovny via ZUMA Wire) 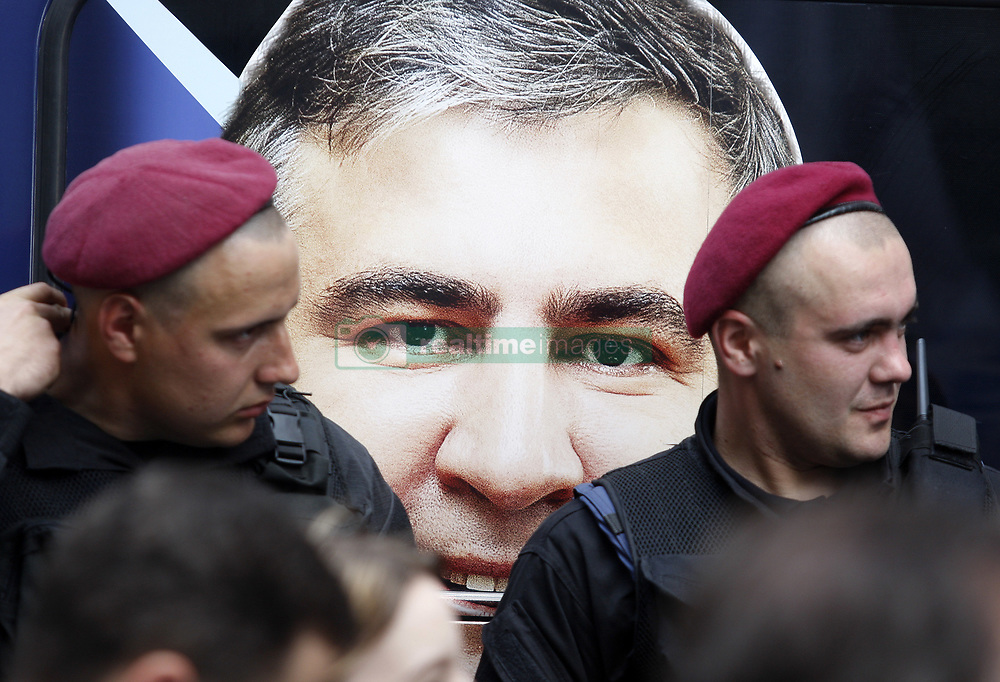