May 25, 2019, Dublin, Ireland: Ballots are counted in the European Parliament elections and the referendum on Ireland's divorce laws at the RDS in Dublin. The constitution currently states that spouses must be separated for four of the previous five years to divorce. But that clause will now be removed, allowing the Oireachtas (Irish parliament) to decide a new separation period before divorce is allowed. Divorce was legalized in Ireland in 1995. (Credit Image: © Artur Widak/NurPhoto via ZUMA Press) 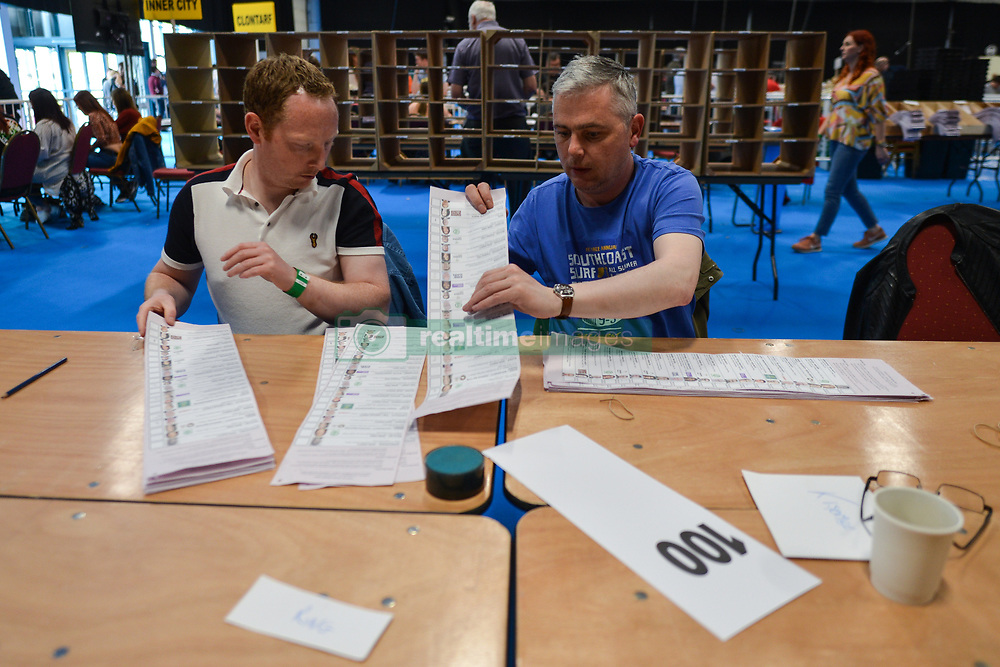