File Photo - IMF head Christine Lagarde gives a press conference at the Finance Ministry in Paris, France on October 15, 2011 on the second day and at the end of G20 meeting of Finance Ministers and Central Bank Governors. Finance ministers and central bank governors of the world's leading economies are gathering in Paris to discuss how to save Greece from bankruptcy. The European Council announced Tuesday that Lagarde, the current head of the International Monetary Fund, had been chosen to succeed Mario Draghi as president of the European Central Bank,, whose eight-year term ends in October. Photo by Stephane Lemouton/ABACAPRESS.COM 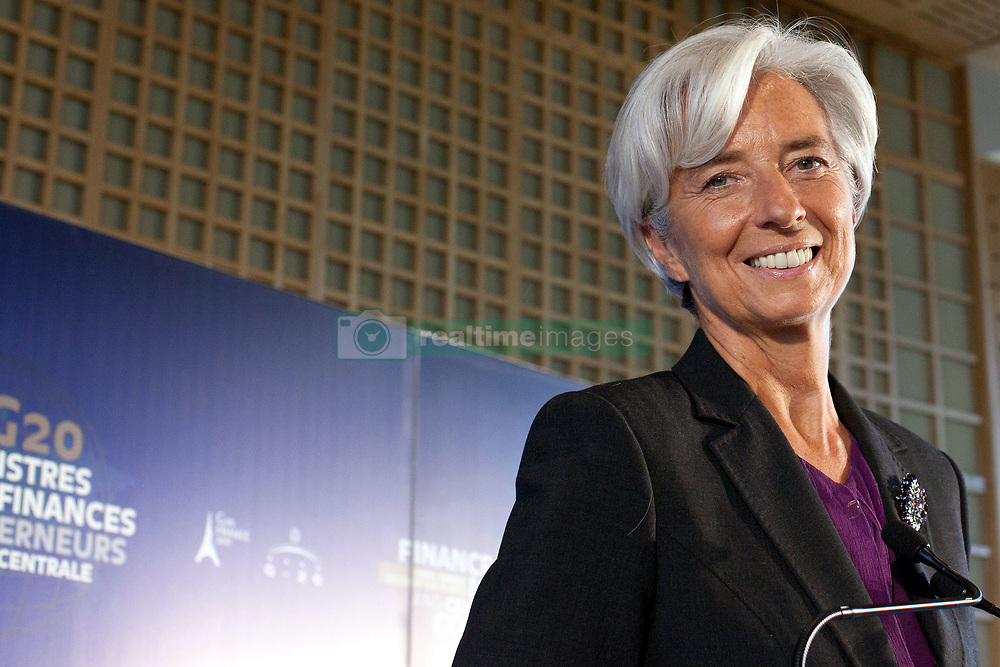