Buckingham Palace has announced Prince Philip, The Duke of Edinburgh, has passed away age 99 - FILE - The Duchess of Cambridge with Duke of Edinburgh in the Royal Box for the Patron's Lunch in The Mall, central London, in honour of the Queen's 90th birthday. The Queen's grandson Peter Phillips has masterminded the street party for 10,000 people, to mark the monarch's patronage of more than 600 charities and organisations. London, UK, on Sunday June 12, 2016. Photo by Robin Utrecht/ABACAPRESS.COM 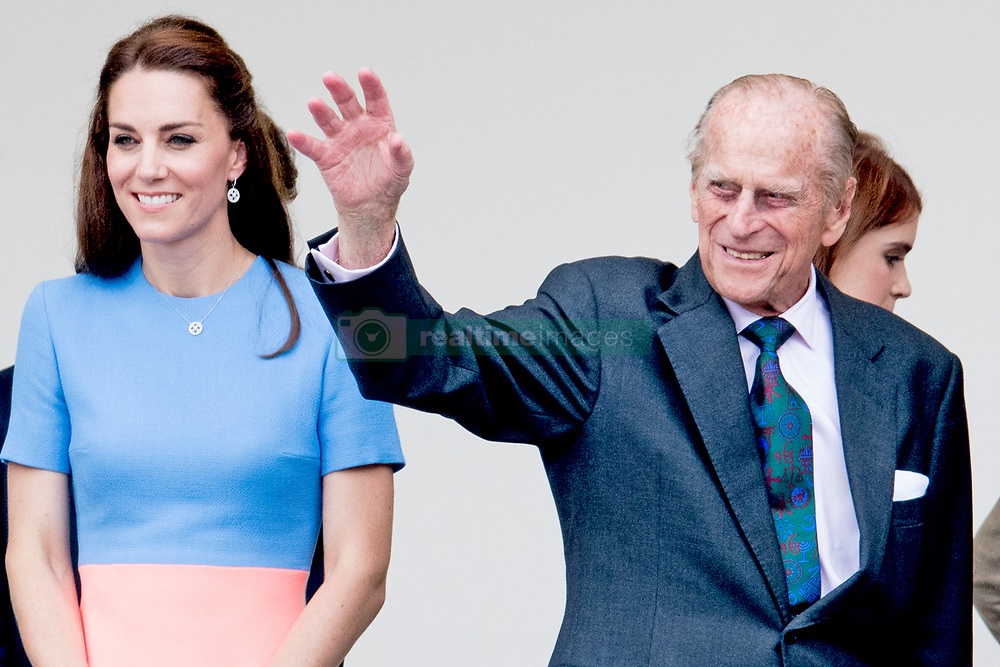