August 7, 2017 - Ankara, Turkey - Billboards with a portrait of Turkish President Recep Tayyip Erdogan are displayed as the ruling Justice and Development Party (AKP) unveils new billboards to mark the 16th foundation anniversary of the party in Ankara, Turkey on August 07, 2017. The AKP prepares to celebrate the 16th anniversary with a rally on August 14 as President Erdogan is expected to deliver a speech to supporters of the party. (Credit Image: © Altan Gocher/NurPhoto via ZUMA Press) 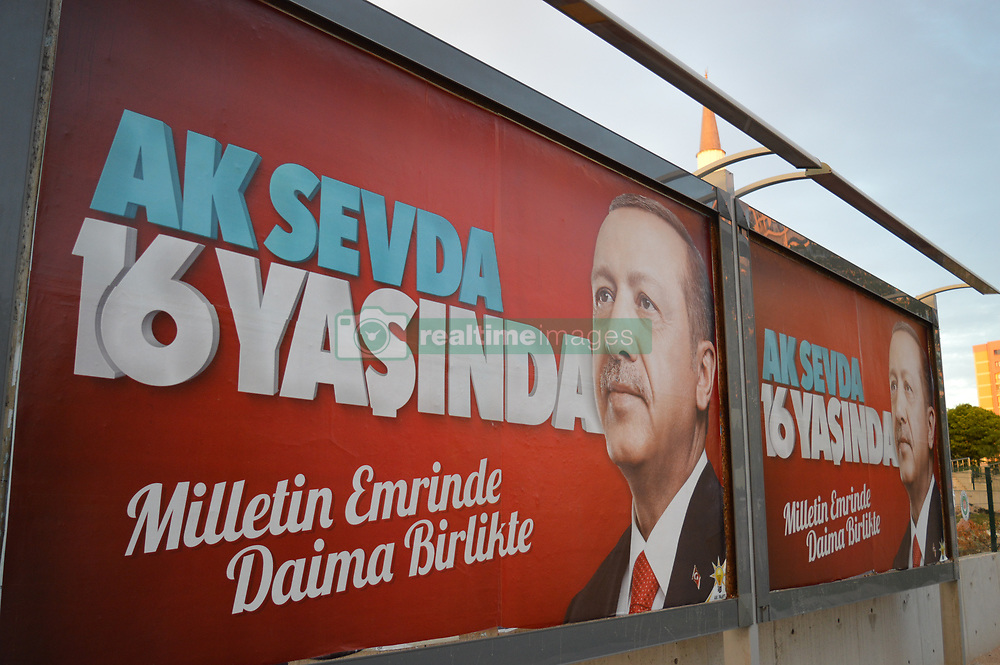