April 14, 2018 - Munich, Bavaria, Germany - Supporters of George Soros' Central European University in Budapest were in attendance. The embattled university is in the direct line of Viktor Orban's alleged assaults on democracy. On April 14, 2018, Munich held its second March for Science event, with the event beginning at Koenigsplatz and ending at the famed Marienplatz. The March for Science originally began as a subreddit thread that was a response to the Trump Administration removing the Climate Change page from government sites. Eventually, a global, pro-science movement was grounded, with 230 cities worldwide participating this year. The Munich organization team is composed primarily of American expatriates and not only focuses on science and knowledge, but fact-based politics. Several hundred were in attendance. (Credit Image: © Sachelle Babbar via ZUMA Wire) 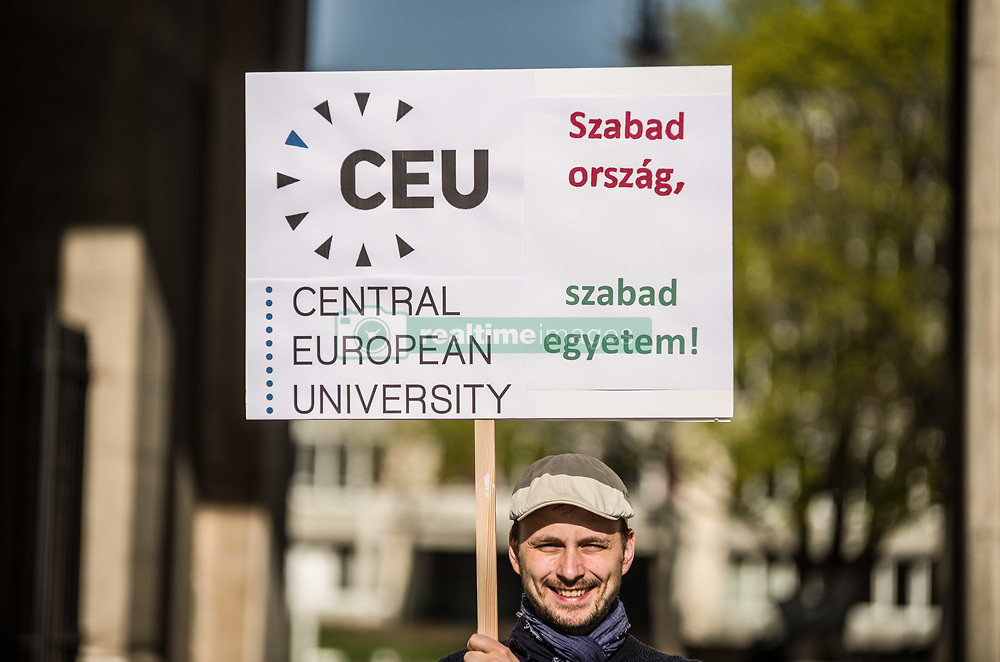