May 5, 2019 - Gaza City, Gaza Strip, 05 May 2019. The damage caused by an Israeli airstrike on Saturday to the Al-Khazandar building complex, on the west of Gaza City. The airstrike on the Al-Khazandar building, which hosted businesses and homes, was part of an Israeli aerial offensive on the Gaza strip on Saturday that targeted both military and civilian buildings and followed the launch of dozens of rockets from Gaza into Israel (Credit Image: © Ahmad Hasaballah/IMAGESLIVE via ZUMA Wire) 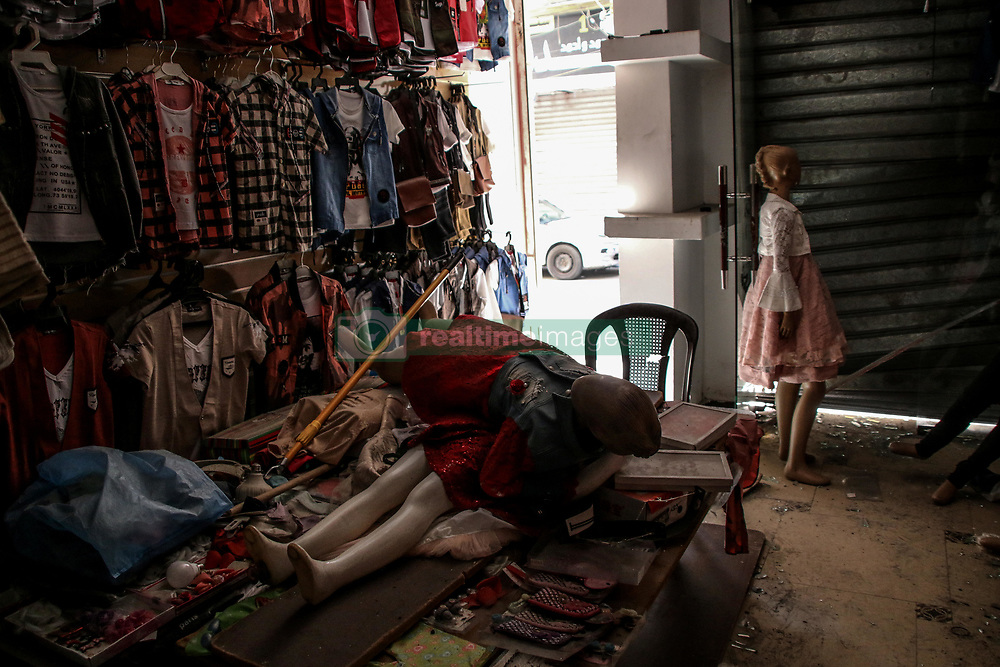