May 6, 2017 - Toronto, Ontario, Canada - Russians celebrate the anniversary of the Great Victory Day (also known as V-Day) in Toronto, Ontario, Canada, on May 06, 2017. V-Day marks the end of World War II and is a time of remembrance and tribute to those who lost their lives during the Second World War. Members of the Russian community carried photos of family members who fought and died during the war. (Credit Image: © Creative Touch Imaging Ltd/NurPhoto via ZUMA Press) 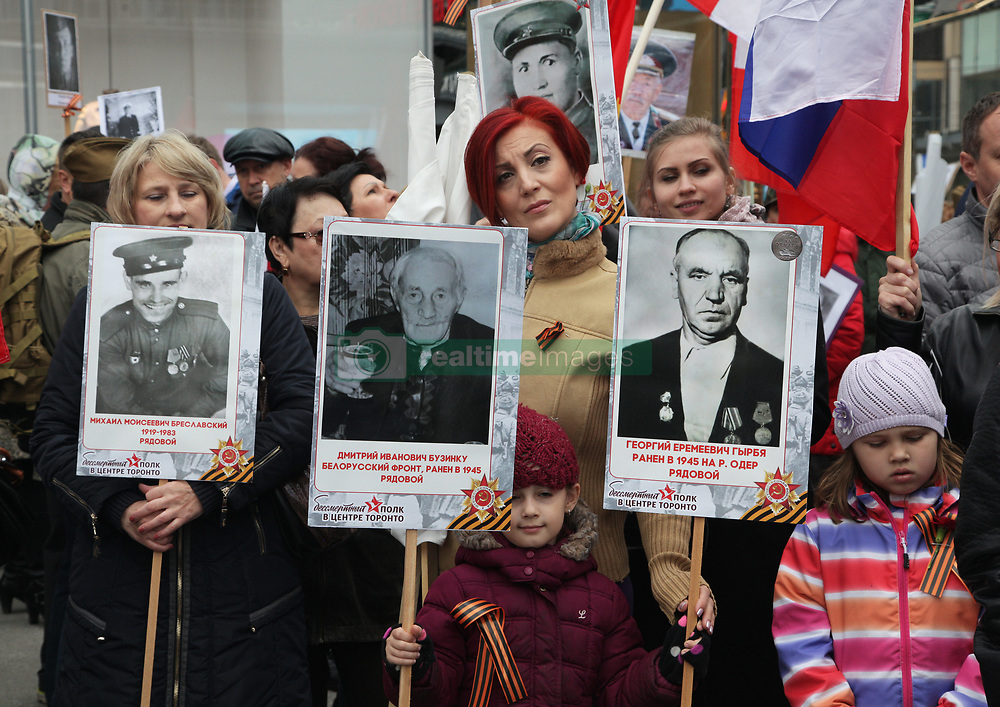