Pic from Andy Drury/ Magnus News. Pic shows Andy Drury who has become the first Westerner to take a HOLIDAY in the ruins of the ISIS capital Mosul last month. Pic shows a sign warning of unexploded bo 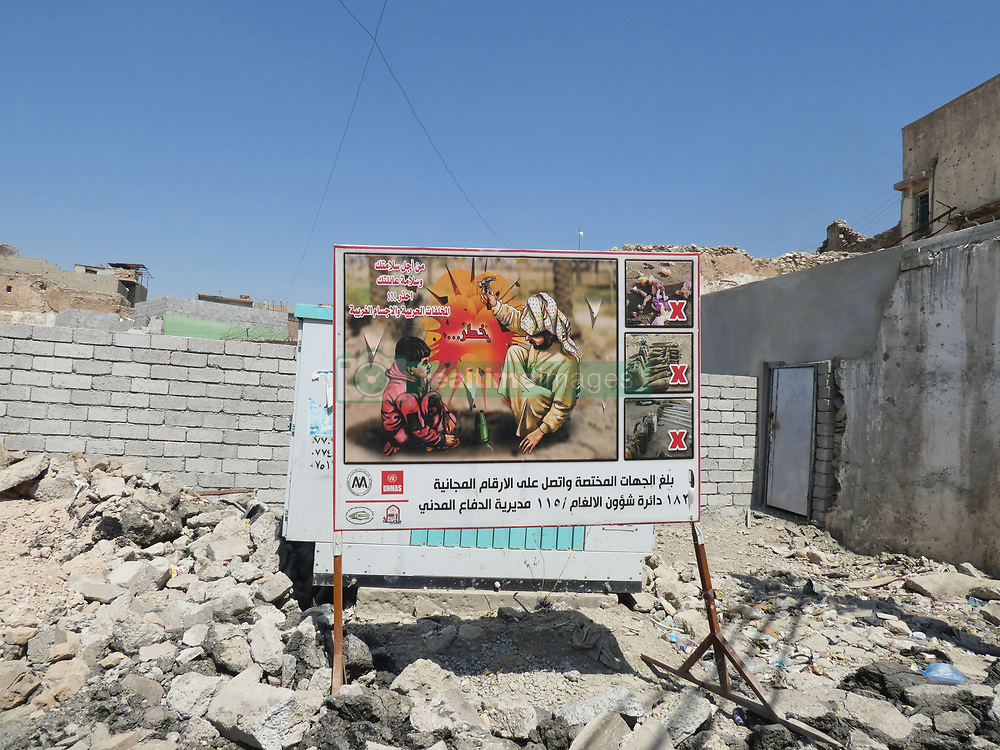