This adorable calf has made history after becoming the first ever Indian rhino to be born using artificial insemination. Akuti, a seven-year-old Greater One Horned Indian Rhinoceros, gave birth at approximately 12.30am on Tuesday April 23. According to delighted zoo staff, it is the first ever birth of the species by induced ovulation and artificial insemination. Amazingly, the youngster appears to be in excellent health and these adorable images capture the scientific marvel taking its first ever steps as it wobbles around its enclosure. According to zoo officials, natural breeding wasn't working, so an expert team of animal reproductive specialists from the South East Zoo Alliance for Reproduction and Conservation, which focuses on endangered species, were brought in to help the birth along. The crew artificially collected semen from the father, Suru, on Jan. 8, 2018. The following day they artificially inseminated the mother. Once the team of experts had confirmed that Akuti was pregnant, she was trained to receive regular ultrasound examinations. This helped the staff monitor the development of the baby. Because the exact date of conception was known, they were able to accurately estimate the birth date. Zoo Spokesperson Ron Magill said: “With the artificial insemination, we had to first collect the semen from the male. Once that was done, we had to immobilize the female so that there would be no danger to the veterinarians who then carefully used an instrument that is inserted vaginally and placed up against the cervix where the semen is then deposited,” he said. “The challenge is that it has to be timed precisely to her ovulation which was also induced. As it turned out, our timing was perfect.”. 25 Apr 2019 Pictured: Historic Indian rhino born using artificial insemination at Zoo Miami. Photo credit: Ron Magill/ Zoo Miami / MEGA TheMegaAgency.com +1 888 505 6342 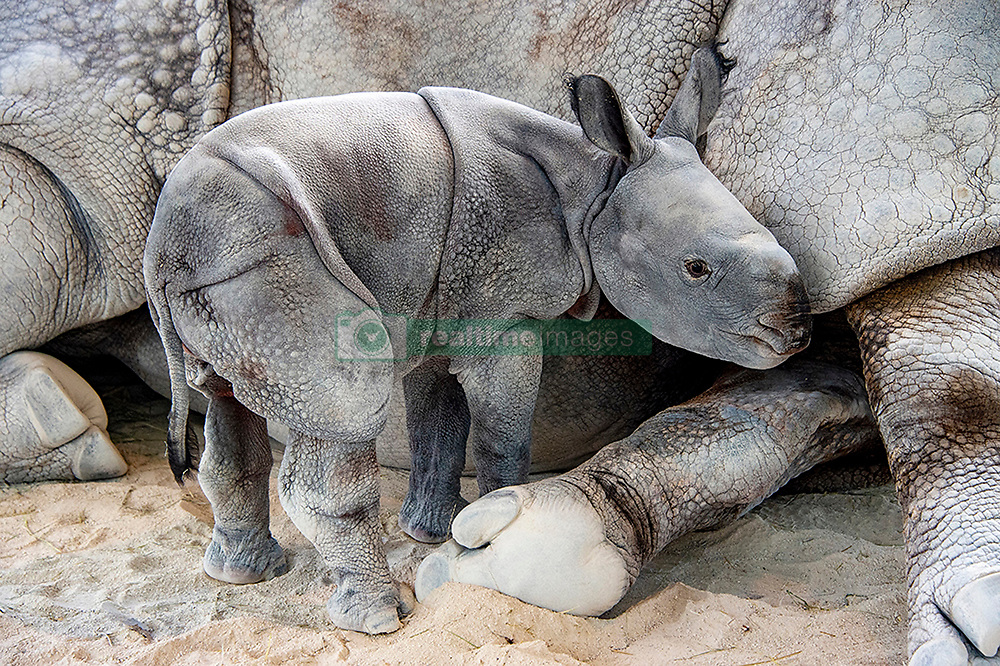