July 24, 2017 - Washington District of Columbia, U.S. - JARED KUSHNER, President Trump's senior advisor and son-in-law, will testify before senate investigators in their Russia probe. In the Senate Hart office building on Capitol Hill. Kushner told investigators he ''did not collude'' with Russia over the 2016 US presidential election. Kushner is likely to face tough questions about this meeting with Russian officials during he did not disclose on security clearance applications. (Credit Image: © Ken Cedeno via ZUMA Wire) 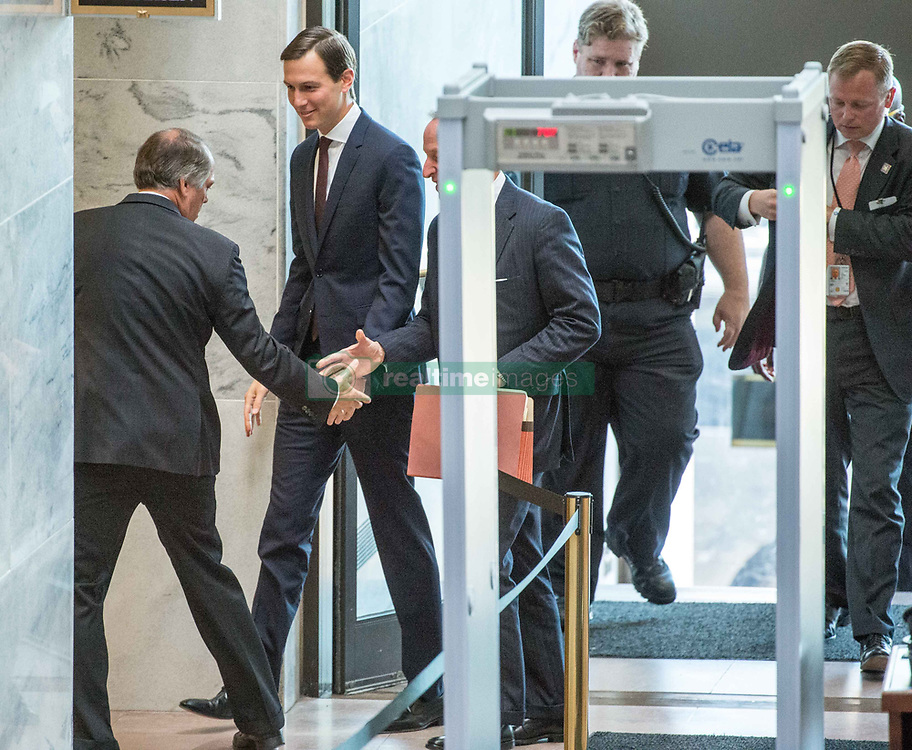