November 20, 2018 - Tens of thousands of Palestinians commemorate the 14th anniversary of the death of the Palestinian leader and founder of the Fatah movement, Yasser Arafat, in the Saraya Square in Gaza City. In the 1950s Arafat had joined a group of Palestinian nationalists in the founding of the Palestinian National Liberation Movement (Fateh). He was elected chairman of the Executive Committee of the Palestine Liberation Organization (PLO) in 1969, and became the first president of the Palestinian Authority since its establishment in 1994, following the 1993 signing of the Oslo Accords between the PLO and Israel. He has left behind a legacy of struggle and resistance against the Israeli occupation, but he has also been criticised for the signing of the Oslo Accords and the implications of the agreement for the Palestinian issue. Arafat died on 11 November 2004 after suffering from a sudden health deterioration while under Israeli military siege in his presidential headquarters in Ramallah (Credit Image: © Ahmad Hasaballah/IMAGESLIVE via ZUMA Wire) 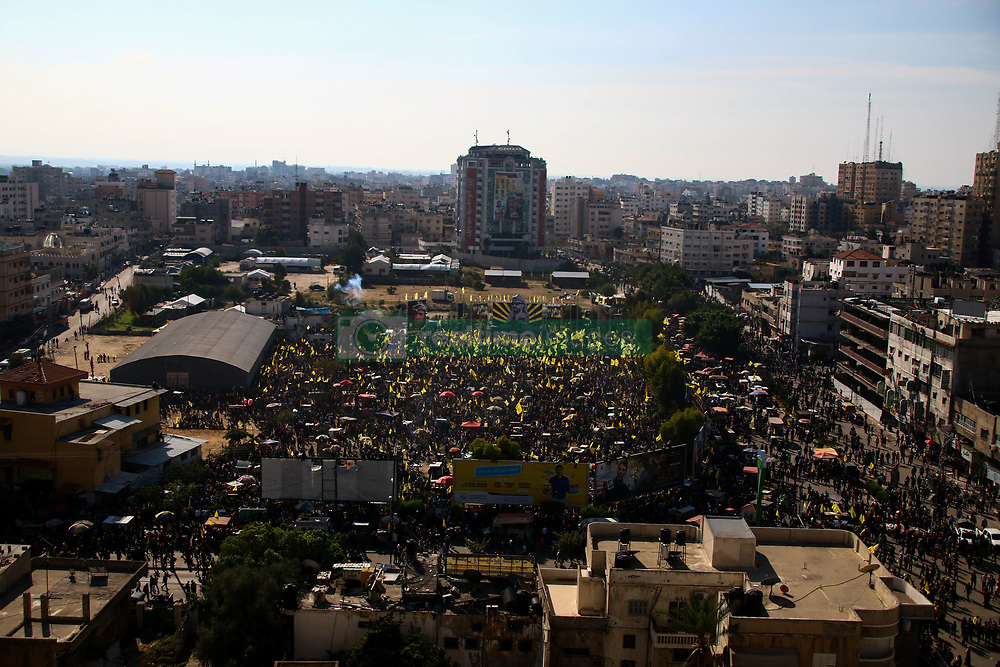