April 29, 2017 - Minneapolis, Minnesota, U.S - Women sit in front of the federal courthouse in Minneapolis before the People's Climate Solidarity March. Thousands of people marched through downtown Minneapolis and rallied around the US Federal Courthouse to participate in the People's Climate Solidarity March. The Minneapolis march coincided with other marches to protest the climate change policies of President Trump and the Republican Party that were held across the US. It took place just one week after a series of large marches in support science and fact based decision making. (Credit Image: © Jack Kurtz via ZUMA Wire) 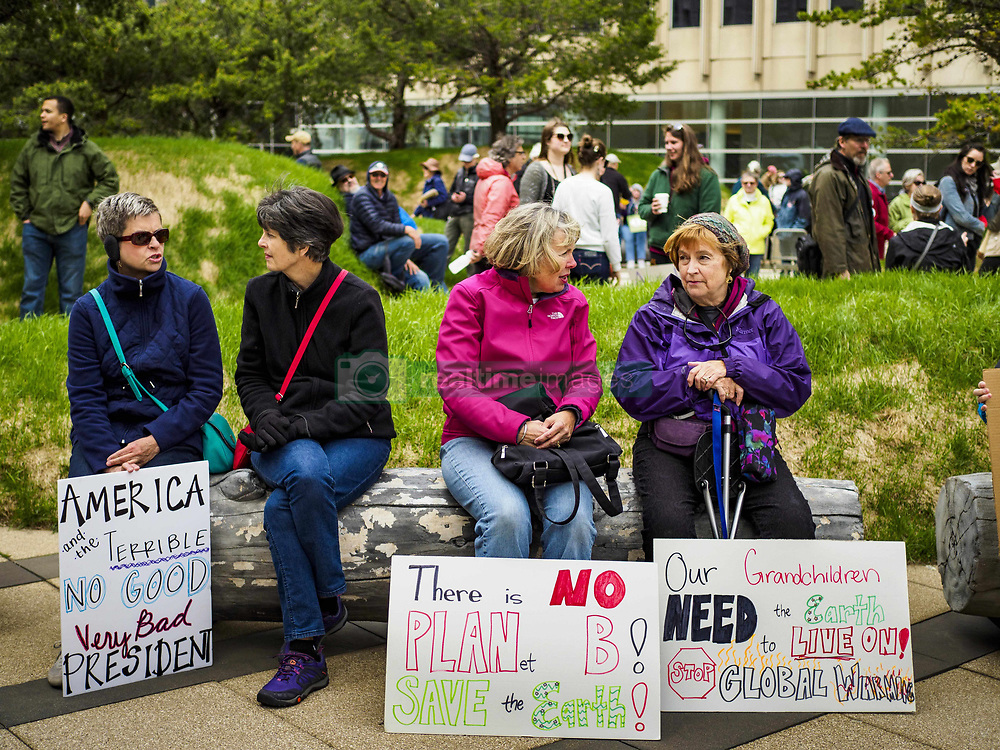