June 7, 2017 - Xining, Xining, China - Xining, CHINA-June 7 2017: (EDITORIAL USE ONLY. CHINA OUT) ..The Tar Monastery, one of the six most important monasteries of the Gelukpa (Yellow Hat) school of Tibetan Buddhism, is a large complex featuring dozens of halls and towers on a mountainside in both Tibetan and Han architectural styles. Located in Huangzhong County, 25 kilometers from Xining, northwest China's Qinghai Province, the monastery was built in 1560 in honor of the founder of Gelukpa School, Tsongkhapa. It's known for its many butter sculptures, mural paintings and barbolas which fully demonstrate the artistic style and skill of Tibetan culture. (Credit Image: © SIPA Asia via ZUMA Wire) 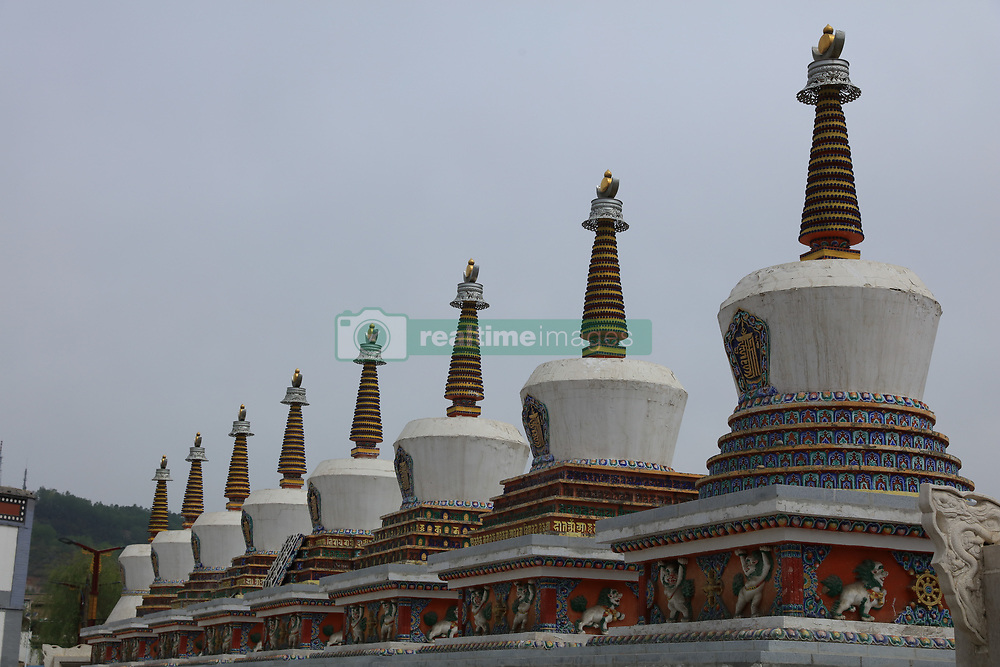