May 7, 2017 - Paris, Ile-de-France, France - A Macron supporter waves a French flag and has his face painted with a French and EU flag. Emmanuel Macron, the winner of the 2017 French Presidential election from the political movement En Marche!, addressed his supporters at the square outside the Louvre Museum after it became clear that he won the second round of the election against Marine Le Pen from the Front National. (Credit Image: © Michael Debets/Pacific Press via ZUMA Wire) 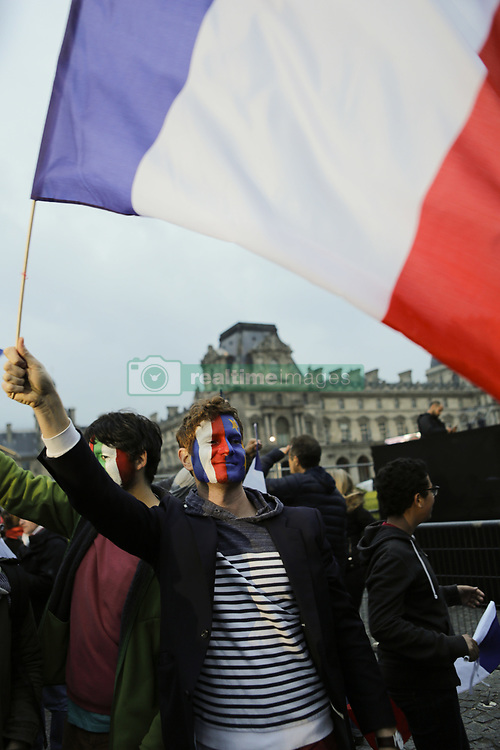