July 21, 2017 - India - Kashmiri muslim women run for safer places after Indian police teargassed the funeral of Tanveer Ahmad ,a tailor by profession in Beerwah some 40 kilometers from Srinagar the summer capital of Indian controlled Kashmir on July 21, 2017. Tanveer Ahmad was killed after Indian army opened fire on protesters in the Beerwah area of central Kashmir's Budgam.Residents of the locality said the soldiers fired on worshippers after some stones hit the iron shutters of shops that were closed because of a general strike called by pro freedom leadership against the recent killings in Kashmir.However, police said that army opened fire after mistaking sound of firecrackers with grenade blast which lead to the killing of Tanveer. (Credit Image: © Faisal Khan/Pacific Press via ZUMA Wire) 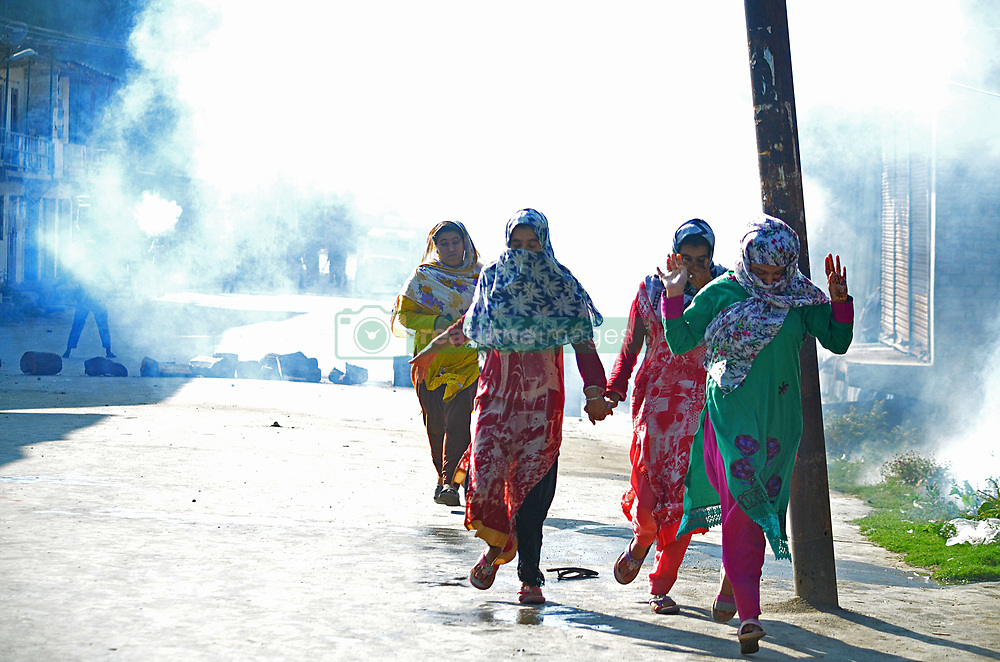