March 22, 2019 - Bandipora, Kashmir, 22nd March 2019. A large crowd attend the funeral procession of 11-years-old Atif Mir who was killed during a gun battle between Indian Government forces and suspected foreigner militants in the Hajin area of the Bandipora district in Indian Administered Kashmir on Friday. Eight rebels were killed by the Indian government forces during 4 separate gunfights across Kashmir on Friday. Two foreign militants and the 11-years-old boy were also killed during one encounter. Police has stated that Atif was killed after he was allegedly kept hostage by militants during a gunfight. According to official sources, a cordon and search operation had been launched by police and security forces in the Hajin area of North Kashmirâ€™s Bandipora district, following information about the presence of militants in the area. Several residential houses were also damaged in the confrontations (Credit Image: © Muzamil Mattoo/IMAGESLIVE via ZUMA Wire) 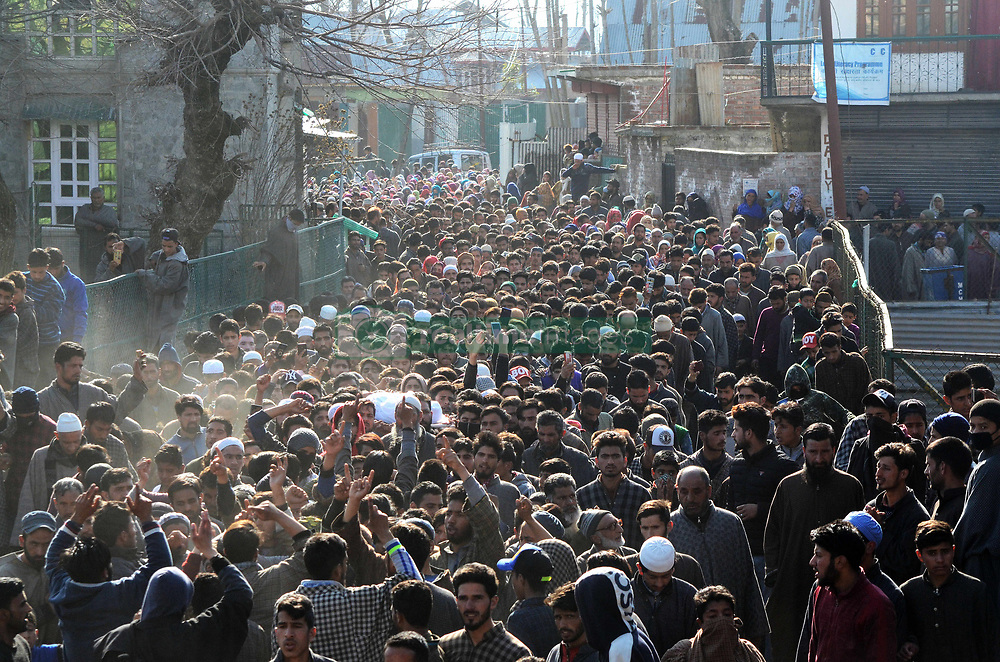