September 6, 2016 - Boxberg, Saxony, Germany - Construction workers follow the preparations for the installation of the large lever (Grosse Schwinge) on the F60 conveyor bridge at the Nochten strip mine in Boxberg, Germany, 06 September 2016. In order to replace two parts - the large lever and the roller table that lies above it - the conveyer belt will be closed for a total of 13 weeks and will be in operation again starting 22 October. Photo:Â SEBASTIANÂ KAHNERT/dpa (Credit Image: © Sebastian Kahnert/DPA via ZUMA Press) 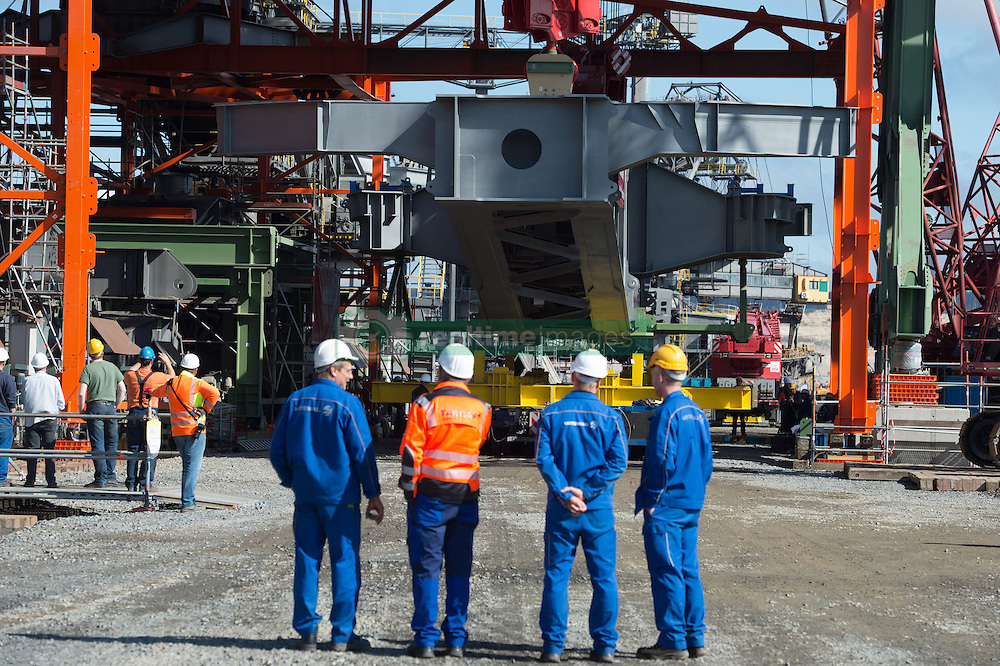