July 29, 2017 - Istanbul, Turkey - July 29, 2017 - Istanbul, Turkey - Hundreds of women marched in Istanbul on July 29 to protest against violence and animosity they face from men demanding they dress more conservatively. The march, dubbed â€œDonâ€™t Mess With My Outfit,â€ started in the KadÄ±kÃ¶y district on the Asian side of the city. Women chanted slogans and carried denim shorts on hangers as examples of the type of clothing some men say they find unacceptable.Â  â€œWe will not obey, be silenced, be afraid. We will win through resistance,â€ the crowds chanted, holding up posters and LGBT rainbow flags. Protesters say there has been an increase in the number of verbal and physical attacks against women for their choice of clothing in Turkey in recent years. Since the ruling Justice and Development Party (AKP) took office nearly 15 years ago, restrictions on wearing the headscarf have been eased and more women in the country have chosen to wear it. Â The march also saw several women protesting against the criticism they have faced for choosing to wear headscarves. (Credit Image: © Nazim Serhat Firat/Depo Photos via ZUMA Wire) 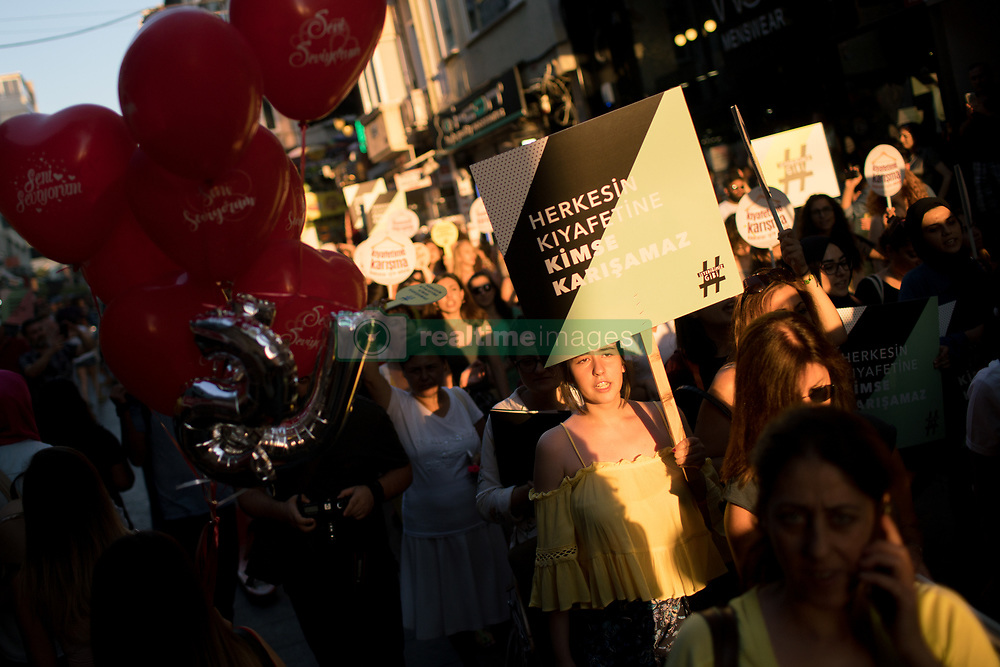