April 28, 2019 - Elkton, OREGON, U.S - Mosquito larvae float near the surface of a glass container after being captured from a cattle watering trough on a ranch near Elkton in western Oregon. Mosquitoes act as vectors for many disease-causing viruses and parasites. Various species of mosquitoes are estimated to transmit disease to more than 700 million people annually in Africa, South America, Central America, Mexico, Russia, and much of Asia, with millions of resultant deaths. (Credit Image: © Robin Loznak/ZUMA Wire) 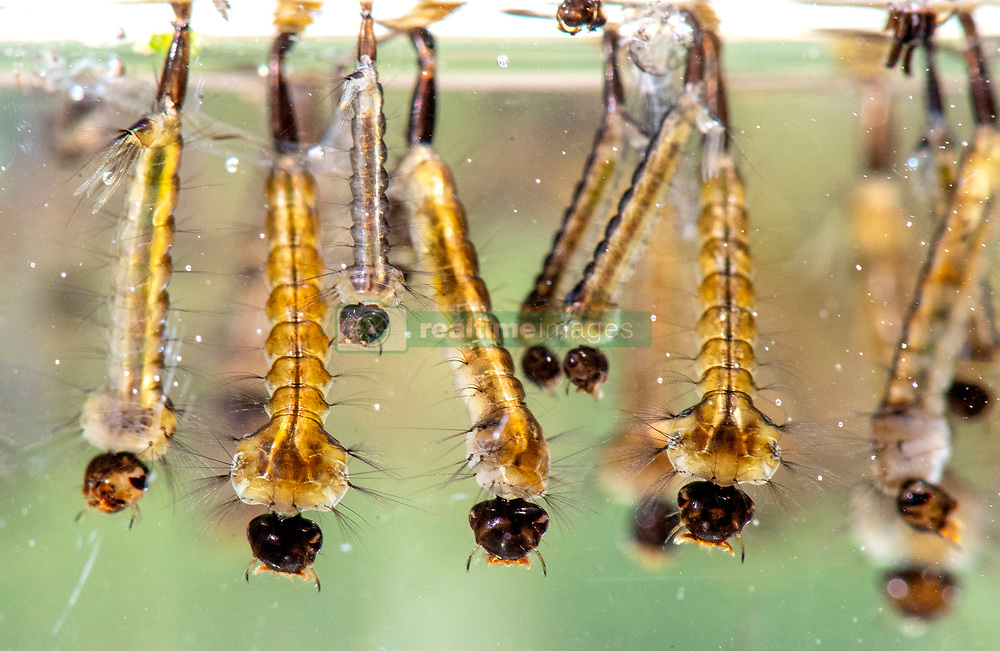