June 18, 2017 - Boxmeer, Netherland - People take part a the ''Boxmeerse Vaart'' - an ancient Holy Blood procession that originated in the year 1400 in Boxmeer, Netherlands, on 18 June 2017.. Thousands of people attended the Procession, which has been held every year on second Sunday after Whitsun. The tradition recovers that a priest doubted to the conversion of bread and wine into the body and blood of Christ. Blood sparkled over the cup and a drop of blood remained on the corporale (white linen) behind after the priest its error recognized. This white linen has been kept in the old silver reliquary remained and put away and becomes shown in the Boxmeer-Procession. (Credit Image: © Romy Arroyo Fernandez/NurPhoto via ZUMA Press) 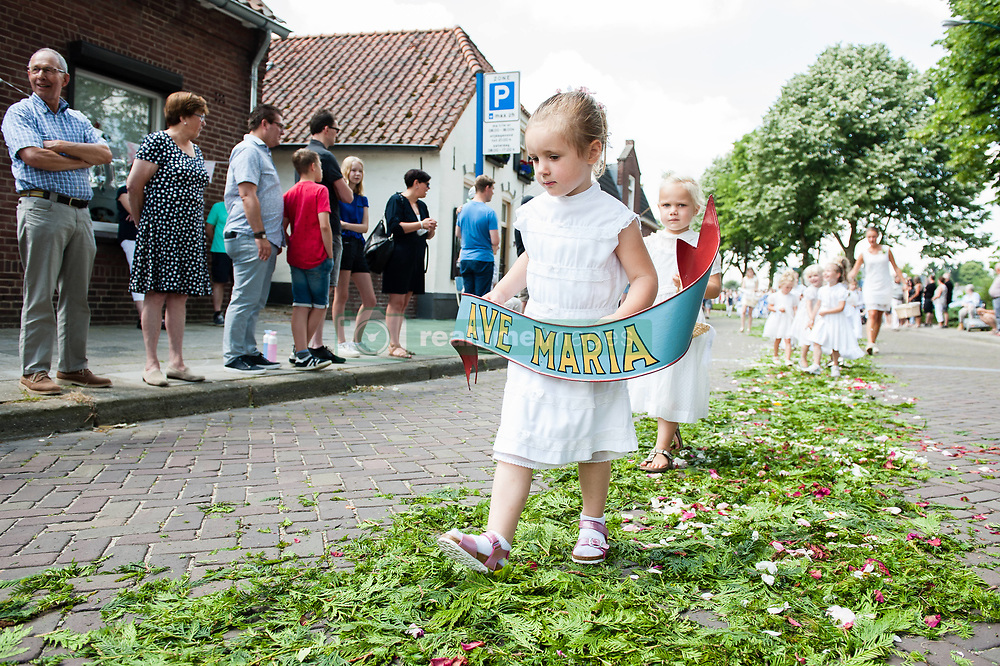