Music mogul Diddy joins Kim Porter's grandma at the memorial gardens where former girlfriend Kim Porter, the mother of three of his children, will be laid to rest. Diddy could also be seen having some time away from the crowds to be alone with Kim Porters tomb before bringing the crowds together for a firework display across the waters. Mourners arrived at Evergreen Memorial Park After the funeral service at Cascades Hills Church in the former model’s hometown of Columbus, Georgia. Diddy overcame his grief to deliver a moving eulogy. Others who gave eulogies included Blige, Dallas Austin, Bishop Noel Jones and Porter's son, Usher, actor and singer Quincy Brown. Quincy broke down as he spoke and was joined at the mic by his father, Al B. Sure!, and Diddy. The service was packed with celebrities including best friend Kimora Lee Simmons, Missy Elliot, Lil Kim, Tichina Arnold, NeNe Leakes, Fat Joe, Kandi Burress, Winnie Harlow, Ryan Destiny, Stevie J and more. Porter died after suffering from a bout of pneumonia but her exact cause of death is unknown. She was just 47. Diddy, 49, and Porter were together, off and on, for 10 years, and although they were no longer a couple, they were still close, sharing three children: son Christian, 20, and twin daughters D'Lila Star and Jessie James, who turn 12 next month. They also raised 27-year-old Quincy Brown, Porter's son with singer and record producer Al B. Porter died at her Los Angeles home on Nov. 15. An autopsy was performed the next day but the results were deferred for further testing, which could take weeks. 24 Nov 2018 Pictured: P Diddy, Diddy, Sean Combs, usher. Photo credit: MEGA TheMegaAgency.com +1 888 505 6342 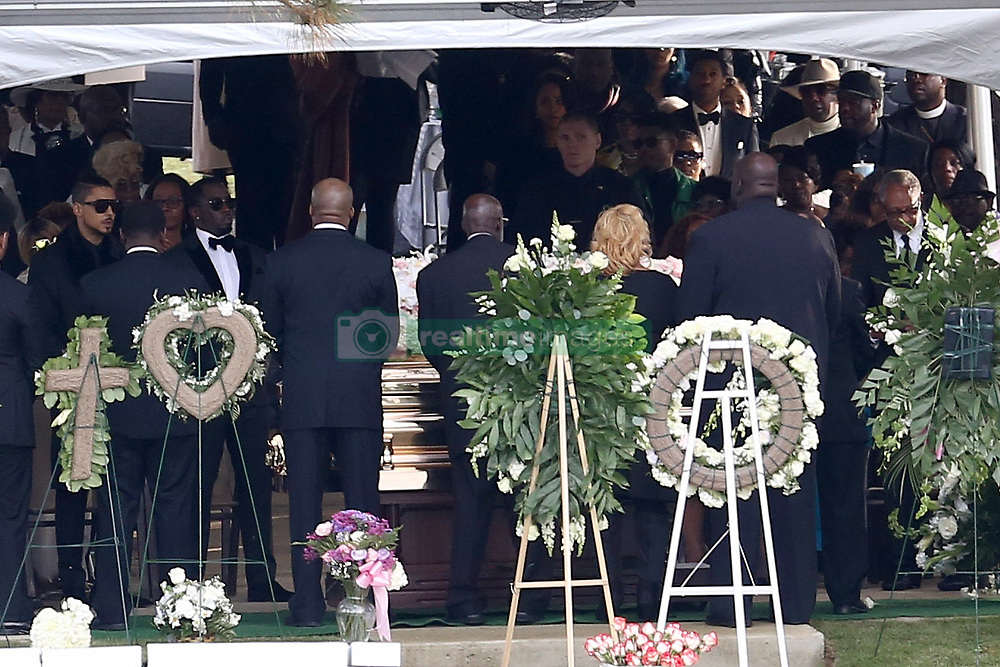