July 8, 2017 - Rome, Italy, Italy - Michela Vittoria Brambilla during an Animal Movement Demonstration in Rome, Italy, on July 08. The animal movement ,founded by Michela Vittoria Brambilla last May 20 ,fell fot the first time in the piazza In Rome to ask for' justice for all' and to fight against the ill-treatment of animals .During the demonstration, departed from the Colosseum and ended in Piazza Venezia with several interventions from the stage, the president and founder Michela Vittoria Brambilla said: ''We no longer want to delgate the defenseof animals and support to the people who live with their four - leggend frieds,for this reason we deided to commit ourselvesin the first personwith this movement. (Credit Image: © Andrea Ronchini/NurPhoto via ZUMA Press) 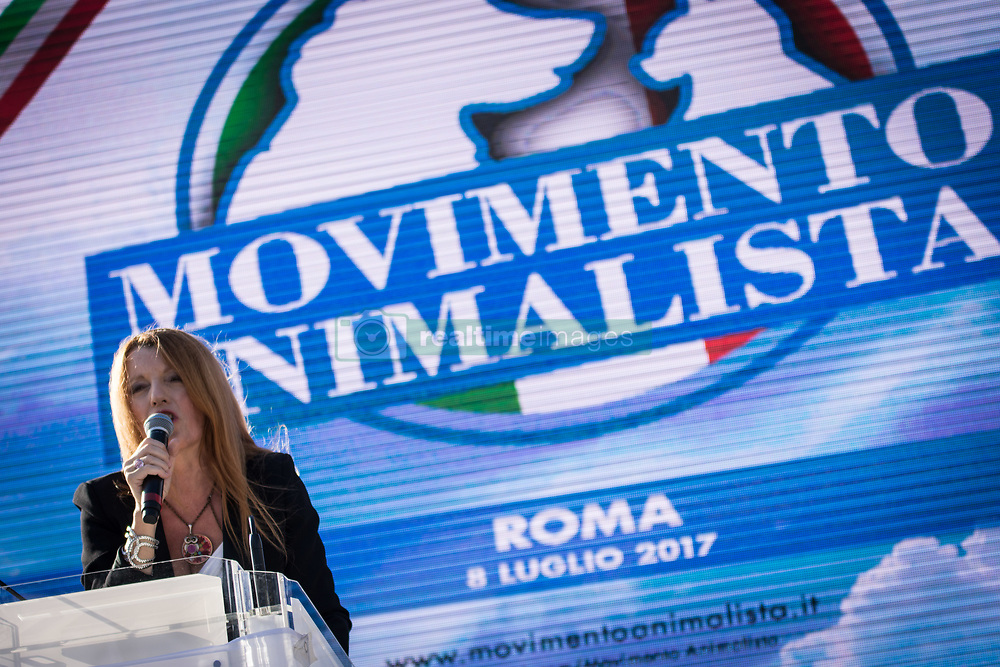