September 11, 2017 - Azerbaijan - The Yasamal district court in Baku changed the measure of restraint against the director of the Turan news agency Mehman Aliyev. He was released from custody and transferred under the supervision of the police. September 11, 2017 Baku, Azerbaijan. Mehman Aliyev was detained on August 24. The next day he was charged under Articles 213.1 (tax evasion), 308.1 (abuse of official powers) and 192.2.2 (illegal business with a large income) of the Criminal Code. The court selected a preventive measure against him in the form of arrest until November 7. Aliyev rejected all the accusations and called them politically motivated. (Credit Image: © Aziz Karimov/Pacific Press via ZUMA Wire) 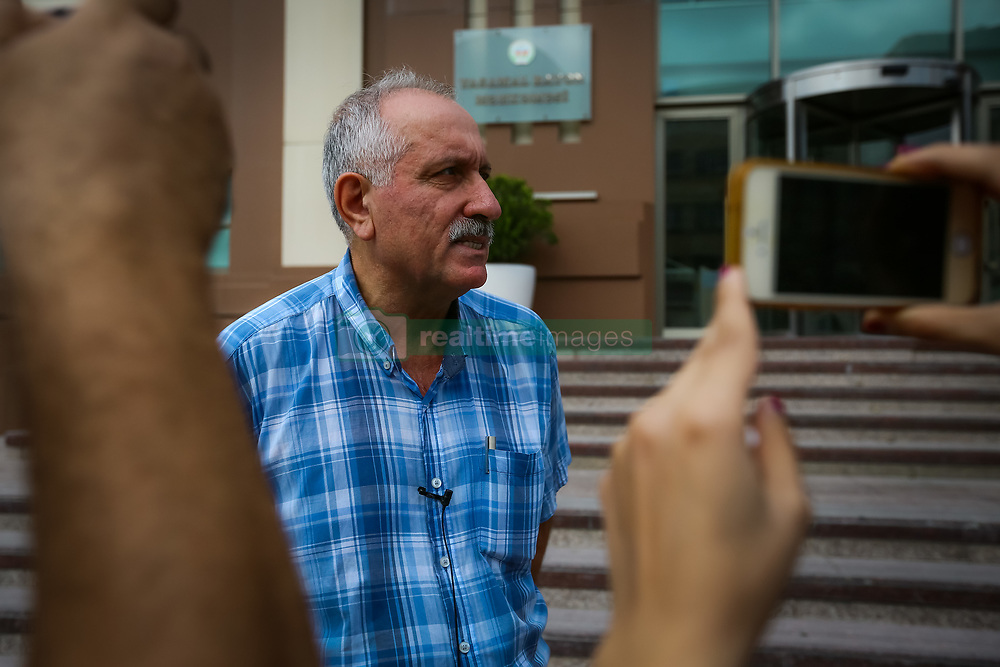