September 1, 2017 - Jakarta, Capital Region of Jakarta, Indonesia - Muslim peoples slaughter sacrificial animals during Idul Adha celebrations or known as sacrificial festivals in Jakarta, Indonesia, September 1, 2017. Eid al-Adha is one of the festivals in Islam to commemorate the sacrificial event, when the Prophet Ibrahim, who was willing to sacrifice his son to God as proof of his faith. But when slaughtered, his son was replaced by God with sheep. Until now, the event is always commemorated by Muslims all over the world by slaughtering sacrificial animals, whose flesh is distributed to the poor. (Credit Image: © Aditya Irawan/NurPhoto via ZUMA Press) 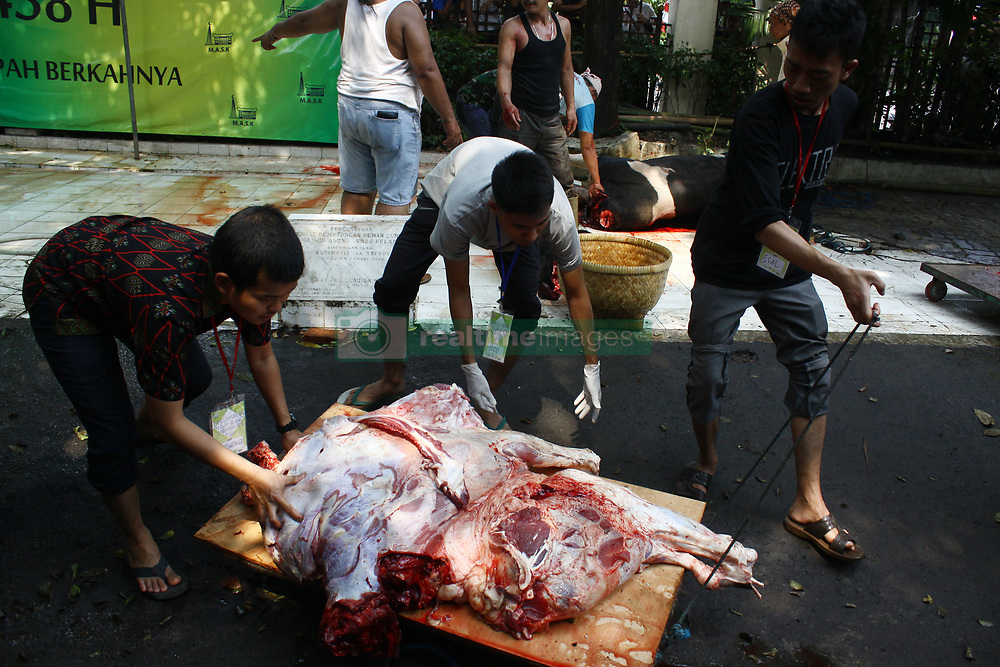