Cristiano Ronaldo packs a punch in a new photoshoot to promote his new superhero-inspired line of underwear. The 34-year-old Portuguese footballer shows off his impressive physique and rippling abs as he models a series of form-fitting boxer shorts from the Spring/Summer 2019 CR7 Underwear collection. The Juventus FC star poses in a range of briefs in front of a series of comic book style backdrops emblazoned with words including ‘strength, power, belief’. Speaking of the new line, the father-of-four said: ‘Everyone knows that underwear is one of the best parts of any superhero’s wardrobe and I believe that everyone has their own superpowers. For the SS19 CR7 Underwear campaign I was asked what mine are and I encourage my fans to identify and celebrate theirs.’ Referring to his ‘superpowers’, Ronaldo went on: ‘The first is Power. Everyone has their own power — it’s all about finding the unique power in you. Mine comes from training hard to become physically powerful but also from having the power to inspire others to work hard for their dreams, which is something I am really passionate about and grateful for. ‘Strength is an essential superpower. I don’t just focus on keeping my body strong, but my mind too. Both physical and mental strength are equally important to me and something I work hard to achieve. ‘Belief is key. It’s so important to have self-belief and to also believe in and uplift the people around you. I have a great team, so it’s easy to have belief in what we can achieve. ‘And, of course, my secret superpower- my CR7 Underwear. I always feel my best, my most confident when I’m wearing CR7 Underwear.’ The Spring/Summer 2019 CR7 Underwear collection is available online and from select retailers worldwide. 24 Apr 2019 Pictured: Cristiano Ronaldo models a series of form-fitting boxer shorts from the Spring/Summer 2019 CR7 Underwear collection. Photo credit: CR7/ MEGA TheMegaAgency.com +1 888 505 6342 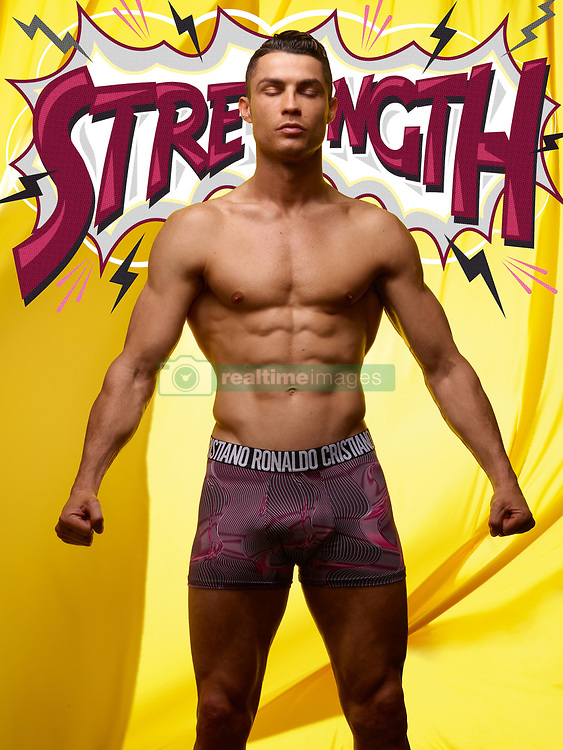