EXCLUSIVE: Yankees' iconic former captain Derek Jeter attends a press conference to announce that he is now officially the CEO of the Miami Marlins. Jeter was wearing a blue suit as he stopped his car to sign autographs after the event, and seated beside him was Marlins' principle owner Bruce Sherman. His wife, Hannah Jeter, who also attended the news conference, was seen arriving back to their hotel in a black dress. The Sports Illustrated cover model gave birth to the couple's first daughter, Bella Raine, less than two months ago. Later, The trio was seen heading out to a celebratory dinner at Komodo Restaurant, where they dined in a private space away from onlookers. Hannah changed into a silky white blouse and skin tight jeans while Derek opted to stay in the blue suit he wore earlier in the day. Derek held the door for hannah as they entered the eatery, and the happy couple held hands as they left later. 03 Oct 2017 Pictured: Derek Jeter. Photo credit: MEGA TheMegaAgency.com +1 888 505 6342 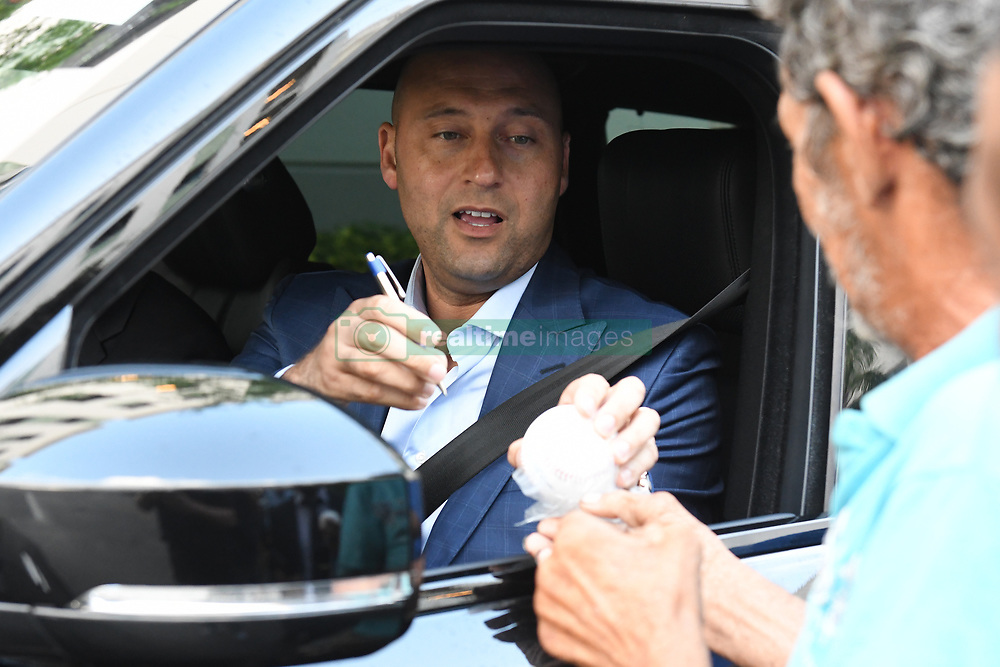