April 28, 2017 - Srinagar, India - Kashmiri Muslims devotees pray in the Hazratbal Shrine on the outskirts of Srinagar, the holy relic believed to be the hair of the Prophet Mohammed on the occasion of theFriday following of Mehraj-u-Alam, the night of ascent when the Holy Prophet Muhammad (SAW) ascended to the highest levels of Heavens, at the Hazratbal Shrine in the outskirts of Srinagar Indian Controlled Kashmir on Friday, April 28, 2017. Thousands of Muslims including men and women from different parts of Kashmir thronged the shrine to have a glimpse of holy relic. The relic is displayed to the devotees on important Islamic days such as the Mehraj-ul-Alam (Credit Image: © Umer Asif/Pacific Press via ZUMA Wire) 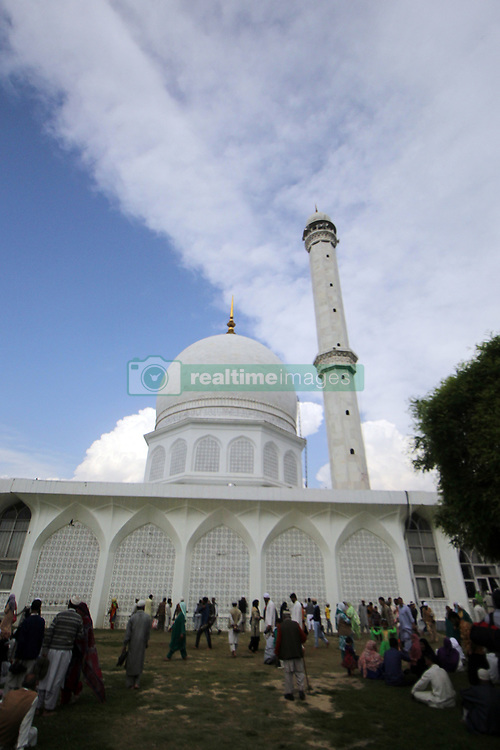