March Against Hate Held In Philadelphia In Wake Of Charlottesville

August 16, 2017 - Philadelphia, Pennsylvania, United States - A banner anti KKK is seen during march Against Hate Held In Philadelphia In Wake Of Charlottesville, on August 16, 2017. Demonstrations are being held following clashes between white supremacists and counter-protestors in Charlottesville, Virginia over the weekend. Heather Heyer, 32, was killed in Charlottesville when a car allegedly driven by James Alex Fields Jr. barreled into a crowd of counter-protesters following violence at the Unite the Right rally. (Credit Image: © Bastiaan Slabbers/NurPhoto via ZUMA Press) 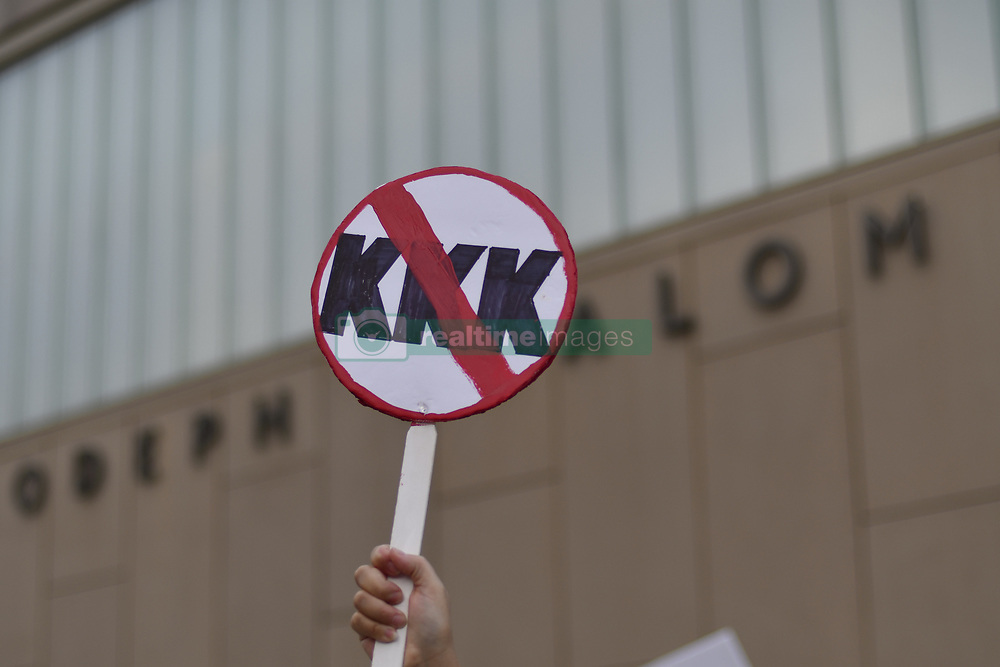