EXCLUSIVE: Katie Holmes shares a loving embrace with co-star Jerry O’Connell as part of a photoshoot for their new movie. The Hollywood actress and co-star are shooting a movie adaptation of the self-help best-seller ‘The Secret,’. Katie recently sparked rumors of an engagement to boyfriend Jamie Foxx when she was spotted wearing a diamond ring as she walked from the production office to get a coffee - but it was quickly revealed the ring was just a prop as Katie plays Jerry's fiancee in the movie. Holmes, who divorced ‘Top Gun’ star Tom Cruise in 2012, is believed to have been secretly dating Foxx for five years. Foxx is currently filming his latest movie, ‘Power,’ which also stars Joseph Gordon-Hewitt. Foxx, 50, and Holmes, 39, went public in April during a PDA-packed beach outing on a Malibu beach after shying away from getting cozy together in public for years. 07 Nov 2018 Pictured: Katie Holmes, Jerry O' Connell. Photo credit: MEGA TheMegaAgency.com +1 888 505 6342 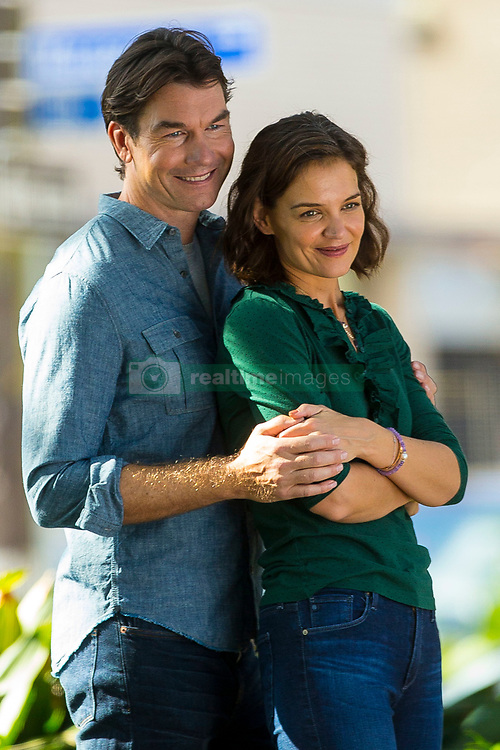