September 4, 2017 - Paris, ile de france, France - Journalist, in partnership with the town hall of Paris and RSF, (Reporter Sans Frontiere ) organized a support committee in Paris, France, on September 4, 2017 for Loup Bureau, a french journalist incarcerated in Turkey. Security forces detained Bureau, who has worked in the past with the French television channel TV5, on July 26 days ago as he crossed the border from Iraq, according to the daily Sabah. He is charged with ''aiding and abetting a [terrorist] organization'' based on photographs he had taken of members of the Kurdish People's Protection Units (YPG) (Credit Image: © Julien Mattia/NurPhoto via ZUMA Press) 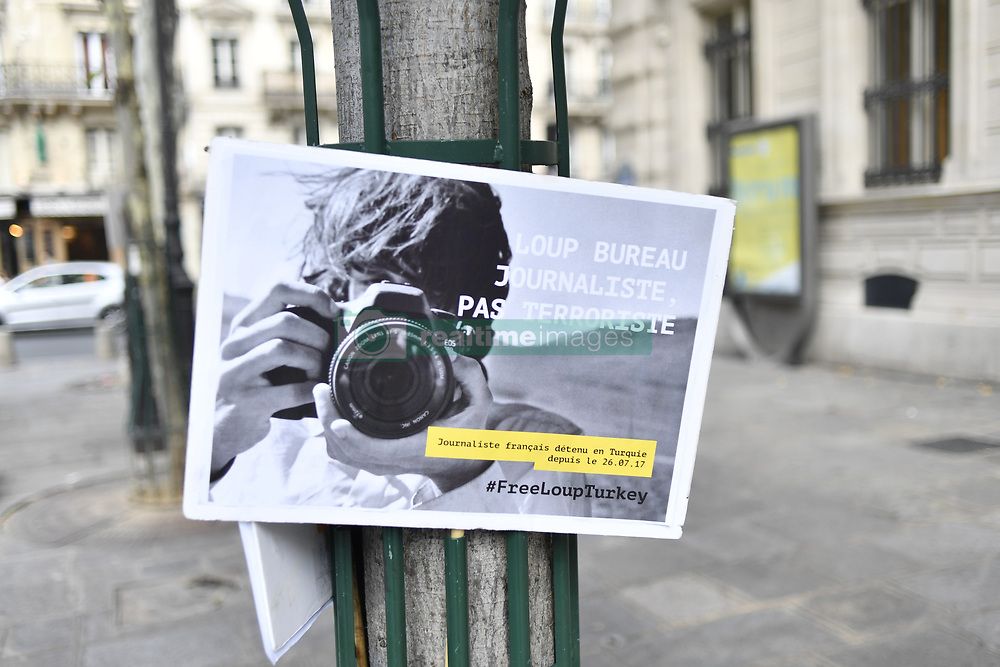