As world leaders converged on Paris for a United Nations conference on climate change, residents of Beijing and other cities in eastern China faced the most severe air pollution the nation has seen in 2015. Chinese authorities issued an "orange" air pollution alert, the second highest level on a four-tiered warning scale. They advised millions of people to stay indoors, halted construction at some sites, and ordered factories to close, according to news reports.
The Visible Infrared Imaging Radiometer Suite (VIIRS) on the Suomi NPP satellite acquired this natural-color image of northeastern China on November 30, 2015. The image shows extensive haze, low clouds, and fog over the region. The brightest areas are clouds or fog, which have tinges of gray or yellow because of the air pollution. Other cloud-free areas have a pall of gray haze that mostly blots out the cities below. In areas where the ground is visible, some of the landscape is covered with snow. The haze extended southwest from Beijing for hundreds of kilometers and was particularly dense in low-lying areas in the Guanzhong Plain.
On the day VIIRS acquired the image, PM2.5 measurements peaked at 666 micrograms per cubic meter of air, according to ground-based sensors at the U.S. Embassy in Beijing. Fine, airborne particulate matter (PM) that is smaller than 2.5 microns (about one thirtieth the width of a human hair) is considered dangerous because it is small enough to enter human lungs. Most PM2.5 aerosol particles result from the burning of fossil fuels and biomass (wood fires and agricultural burning). The World Health Organization considers PM2.5 levels to be safe when they are below 25.
Outbreaks of haze like this generally occur during the winter because of temperature inversions. Air normally cools with altitude, but during an inversion warm air settles above a layer of cool air near the surface. The warm air acts like a lid and traps pollutants near the surface, especially in basins and valleys.
Ma 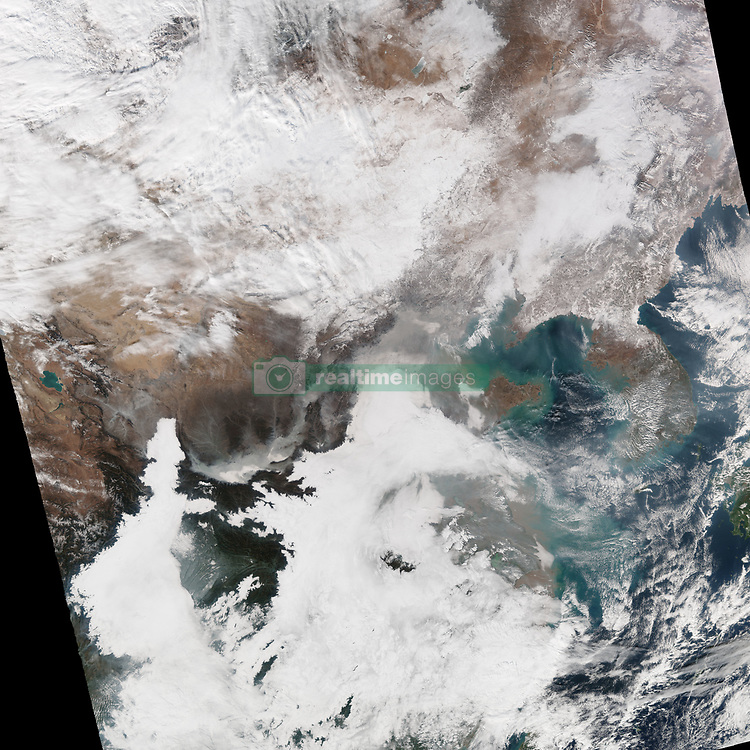