November 10, 2018 - Carlisle, Cumbria, United Kingdom - World War One Trenches recreated in act of Remembrance. Carlisle Remembers 1918 an event marking 100 years since the end of World War One sees the grounds of Carlisle Castle transformed into a scene from the the trench warfare of France and Belgium. Re-enactors playing the parts of British Tommies and German bring realism to the display. Along with the trenches created by a team of set builders who work war movies a replica World War One battle tank has been made entirely from wood. Tank crew with the replica tank. (Credit Image: © Stuart Walker/i-Images via ZUMA Press) 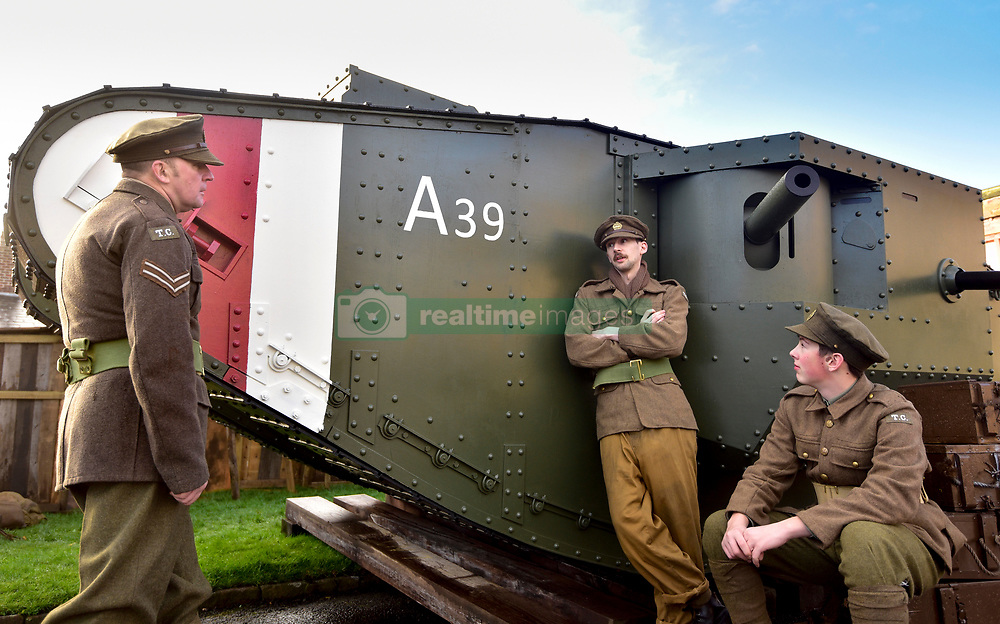