File photo - "Presidential frontrunner Nicolas Sarkozy adresses tens of thousands of supporters at Paris Bercy concert hall in Paris, France, April 29, 2007. Sarkozy went on the offensive Sunday, charging that he had been unjustly depicted as authoritarian as the battle for the Elysee entered its final week. The rightwinger said he had suffered ""personal attacks"" during the campaign that had targeted his ""honour, sincerity, personality and character."" Photo By Bisson-Taamallah-Orban/ABACAPRESS.COM" 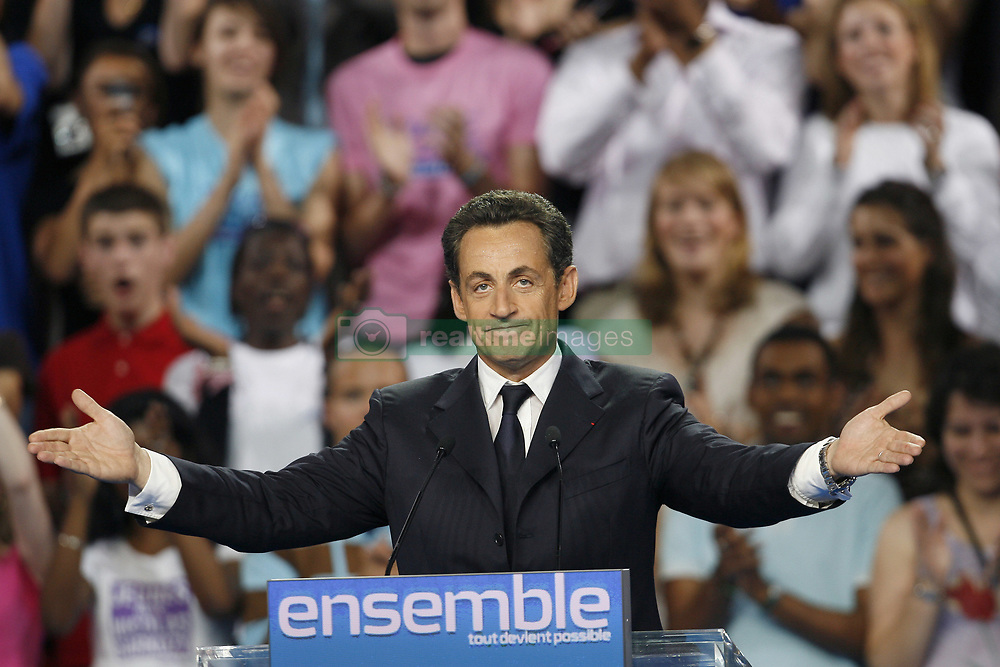