October 3, 2017 - London, United Kingdom - People waving Catalan flags and holding placards, protest in front of Downing Street against the Spanish Government, over the Catalan referendum violence, in London on October 3, 2017. The demonstration took place in solidarity with the thousands protesters who gathered in the streets of Barcelona to protest against the violence of Spain's National Police, over the referendum for Catalonia's independence. (Credit Image: © Alberto Pezzali/NurPhoto via ZUMA Press) 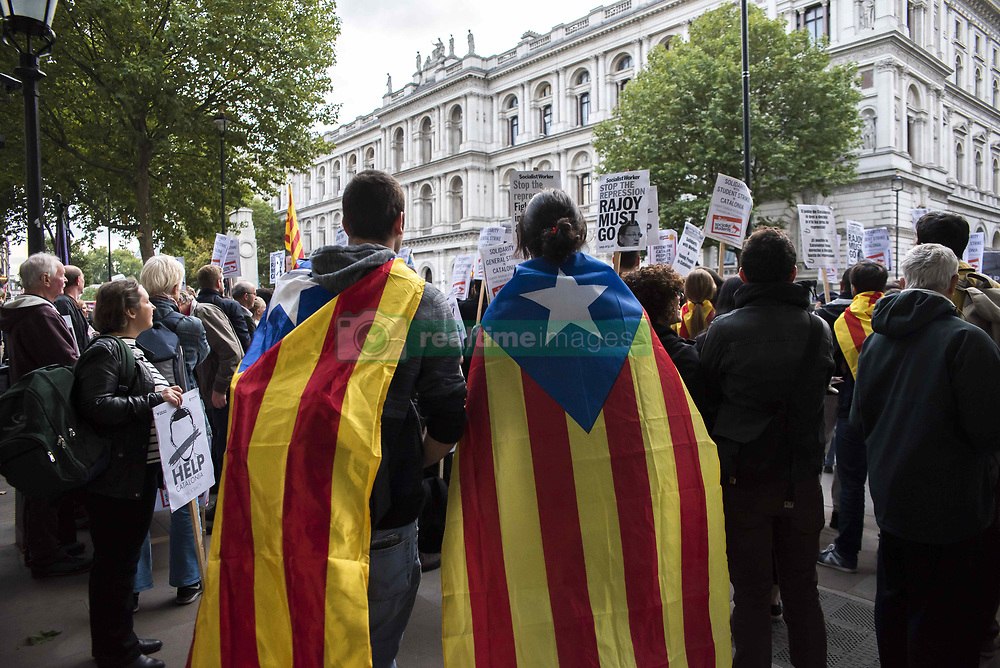