June 17, 2017 - Sofia, Bulgaria - Tsar Simeon II took his guests, who came to Bulgaria for his 80th birthday on a steam train to the Cherepish Monastery on 17 June, Sofia, Bulgaria. The train was used by the father of King Simeon II - Tsar Boris III, who was a king of Bulgaria in the period 1918-1943. The trip was joined by The Bulgarian Princess Maria Luisa (sister of H. M. Simeon II) and most of the children and grandchildren of H. M. Tsar Simeon II. Also the Spanish Queen Sofia and her sister Princess Irina, Prince Leka and Princess Elijah from Albania, Prince Radu and Princess Margarita from Romania, Prince Andreas Sachs-Kabourg-Gotha and other high-ranking peasants. Only the Greek King Constantine and Queen Anna Maria have gone today.At the railway station in Cherepish, the guests were greeted personally by Metropolitan Gregory of Vratsa and together they walked the distance to the monastery, which took them about 20 minutes.Gregory served a solemn liturgy and gave a replica of an object from the Vratsa treasure to King Simeon II. (Credit Image: © Plamen Trifonov/NurPhoto via ZUMA Press) 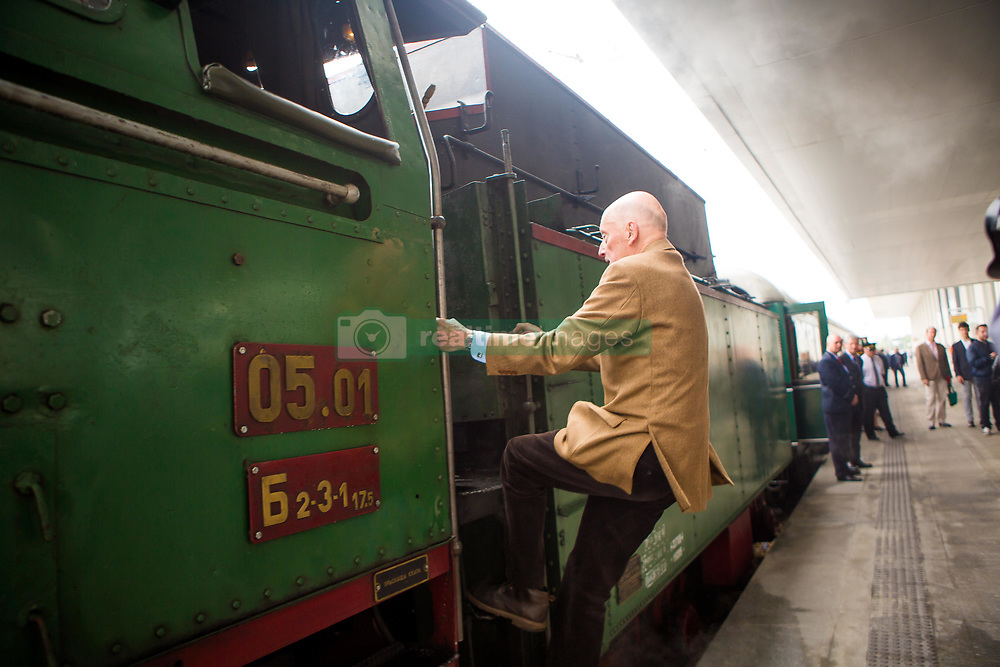